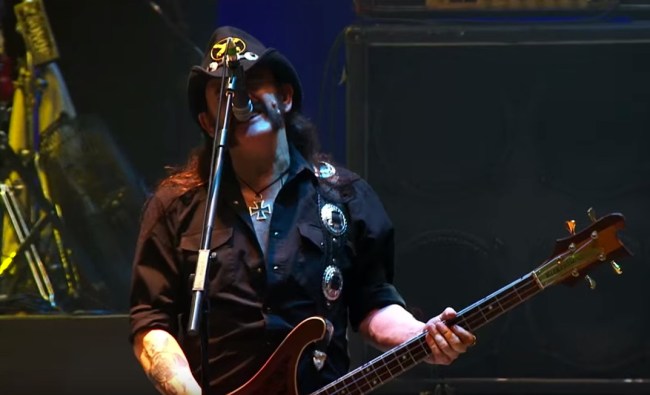 Here’s a sad sign that you’re reaching an advanced age — a video drops of heavy metal god Lemmy Kilmister and Motörhead covering a classic tune from musical genius David Bowie and you realize “ugh, both those dudes are dead.”

True, both have passed on to hopefully something better beyond this existence but their music lives on and that’s still good news for those of us walking around this world.

The song is part of an upcoming album of previously unreleased cover songs from the metal legends called “Under Cöver.”

Loud and proud as always, Motörhead’s new album Under Cöver is the ultimate raucous rock’n’roll rager, with the boys reminding everyone that they even did other people’s songs better than they did! From the Rolling Stones to Twister Sister, Under Cöver brings together the “Motörheading” of firm rock favourites, and also features their epic take on David Bowie’s “Heroes” which has never been heard before.

Check out Lemmy belting out the Bowie classic and pour one out for both.