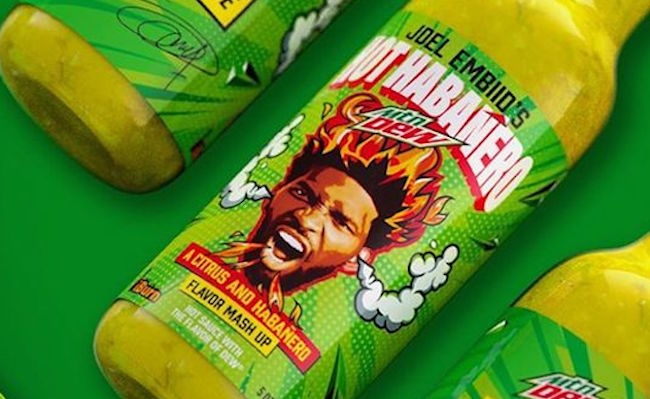 It’s been around eighty years since a couple of brothers in Tennessee who were less than satisfied with the various options on the market designed to be mixed with whiskey set out to engineer their own concoction and subsequently introduced the world to Mountain Dew.

It’s safe to say the soda has evolved a bit over the years, and while it may have once been targeted at people looking to whip up a quick drink, it eventually became the beverage of choice among gamers who turned to it to keep themselves fueled during marathon sessions and Taco Bell customers who developed an affinity for Baja Blast, which is just one of the many variations the brand has dreamed up over the years.

Mountain Dew’s innovations have been largely centered around retooling its soda but it’s recently decided to venture out of its comfort zone a bit and unleash some fairly unconventional products upon the world, including Doritos that taste like the soft drink and the “Dewgarita” that was spawned after it teamed up with Red Lobster to create their own version of the “Redneck Margarita” preferred by perhaps the most lovable person to be featured on Netflix’s reboot of Queer Eye.

However, I’m not sure if any of those products have been as outside of the box as the hot sauce that was unveiled last month after Mountain Dew conducted a poll where it gave fans the option to vote on what pepper they’d prefer as a base before habanero came away with the win. As I said at the time, my taste buds were as intrigued as they were confused before I even got the chance to taste it, but thanks to the kind folks behind it, I was able to get my hands on one of the limited-edition bottles that made their grand debut at the end of October. 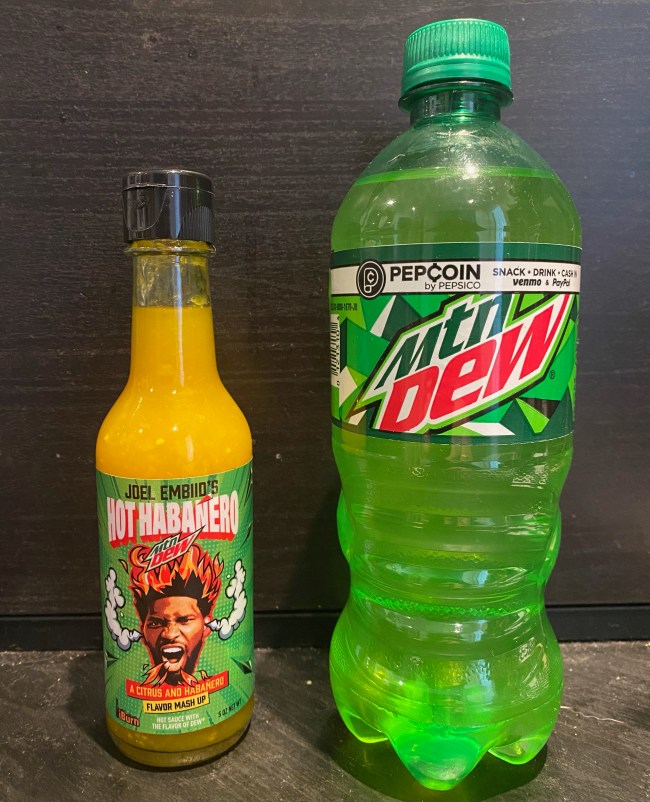 The hot sauce was made in conjunction with the folks at iBurn in addition to Joel Embiid, an aficionado who had a hand in helping them perfect the final product, which the bottle describes as “a citrus and habanero flavor mashup” designed to imitate the soda’s taste with a bit of an added kick.

I was admittedly skeptical when I cracked open the bottle and dug up a box of those thin wafers that are basically glorified Saltines that typically serve as the preferred delivery vehicle for a soft cheese at the social gatherings that have essentially been off the table for the majority of 2020. Thankfully, I was able to put them to good use by throwing a sizeable dab onto one before taking a bite and it didn’t take me long to come to a verdict: it’s pretty damn good.

I wouldn’t necessarily label myself a hot sauce connoisseur; I’ll splurge every once in a while on a bottle featuring the words “artisanal” or “handcrafted” but tend to rely on the likes of Cholula and Tapatio when I’m looking to spice up a meal. With that said, I opted to throw this on a variety of different foods I whipped up over the course of a weekend where I put it on eggs, a slice of pizza, and a burrito bowl and discovered it paired impressively well with all of them.

Unlike some other habanero-based sauces I’ve tried over the years (most notably Yucateco’s offerings), Mountain Dew’s doesn’t go heavy on the heat, providing a noticeable but fairly subtle burn that lingers for a while but never really comes close to overpowering your palate. It also doesn’t feature the sweetness I’d braced myself for considering the soda it was based on, as the citrus serves as a perfect complement; a well-executed counterbalance that’s detectable but avoids taking center stage.

When you consider Mountain Dew only released bottles to 500 people, there’s only so much you can do to track it down if you didn’t manage to get your hands on one, but if you do manage to secure it, you’re in for more of a treat than you’d probably think.