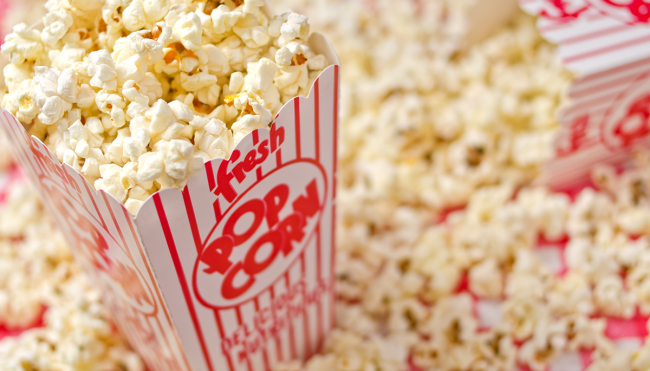 After the world went to hell, I was surprised to discover how often I found myself pining for the minor annoyances in life I never thought I’d miss until I was suddenly deprived of them.

For example, a few weeks ago, I was chilling with a friend at a bar when our conversation was derailed courtesy of the live band that suddenly materialized and set up shop 10 feet away from our table. In a former life, I would’ve been peeved by that development, but I actually enjoyed the mediocre rendition of “Ants Marching” that proved nature is healing.

I also cannot wait to drop $12 on a Miller Lite at a sporting event and am salivating at the thought of spending far too much money at the concession stand when I finally make my grand return to movie theaters—the second of which will give me a chance to get irked by another nuisance I haven’t experienced in far too long.

Part of the reason I’m willing to shell out $10 for a bucket of popcorn that costs ten cents to make is the chance to go absolutely H.A.M. on the machine that dispenses the butter-like substance that elevates the movie theater experience to another level.

I spent decades trying to figure out how to evenly distribute butter throughout the entire container before accepting it’s an impossible task, but that’s all changed now that I’ve had my world rocked by a TikTok user who showed off an ingenious hack they claim takes care of that problem.

Based on the video, all you need to do is grab a straw and pluck it in the middle of the popcorn bucket before dispensing the butter into the plastic tube that serves as a delivery vehicle.