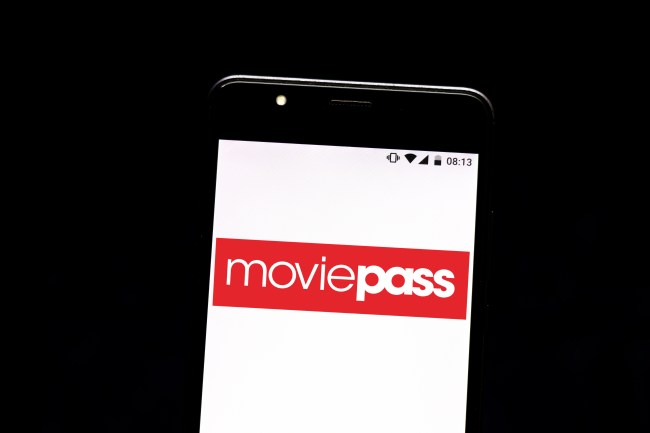 Ah, the Before Time. Soon to be the After Time. Otherwise known as Any Other Time Except These Last 12 Months. In case your memory of the Before Time is a bit hazy, we offer a refresher.

In the Before Time — actually, right at the end of it, like the Fall of 2019 — there was this phenomenon called MoviePass. MoviePass, while a brilliant idea, ultimately wasn’t financially viable: for a flat-rate fee of $20 per month, MoviePass members could head to the theater and see as many films as they wanted. One movie, ten movies, it didn’t matter as long as you had MoviePass.

Unfortunately, though, MoviePass was forced to shut down in September 2019, ending their official statement (which remains on their website) with the following:

“We thank you for your loyalty to MoviePass™ and sharing our vision for the industry. Although we do not currently know what the future holds for the MoviePass™ service, we hope to find a path that will enable us to continue the service in the future.”

Lo and behold, the Future (again, otherwise known as the After Time) appears to be now, as MoviePass has quietly launched a new website, MoviePass.ventures, that features nothing but a countdown to Monday, March 22 and a tease that “the movie is about to start.”

If this is truly the return of MoviePass, it couldn’t have come at a better time: New York City theaters were allowed to open on Friday, March 5, while California movie theaters reopened their doors on Monday, March 15. Even Christopher Nolan popped in to catch a showing of Judas and the Black Messiah.

With the return of theaters also comes new, long-delayed blockbusters: the Scarlett Johansson-starring Black Widow is set to hit theaters on May 7, followed by A Quiet Place Part II on May 28, and F9 on June 25.

Whatever does end up happening with MoviePass next Monday, we’ll be sure to keep you posted, but until then just keep those fingers crossed and those eyes fixated on the light at the end of the tunnel.