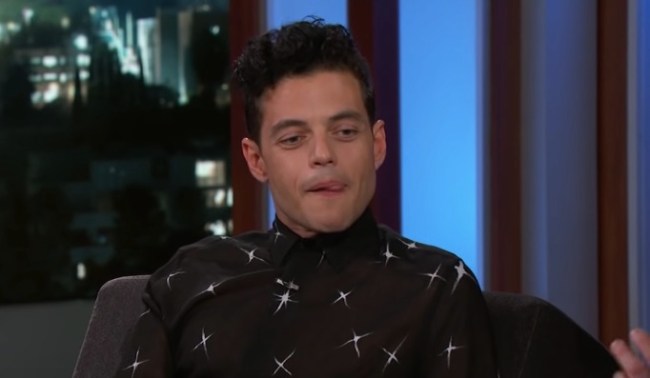 It was announced this week that the 4th season of Mr. Robot will be the show’s last.

Creator and writer Sam Esmail dropped that news on the world yesterday which came as a shock to many fans like myself. It’s not that I don’t think the show can wrap up in 4 seasons, I definitely think it can come to a solid conclusion with another season, I just hate to see one of the best TV shows disappear.

The first season of Mr. Robot was one of the best seasons in television history. Season 2 was a bit of a disappointment compared to season 1 but that’s because they were trying to catch lightning in a bottle again. Season 1 was nearly perfect from the writing to cinematography to casting and every other aspect of the show. Season 3 rebounded hard from Season 2 and brought back the magic.

Season 3 was fucking amazingly chaotic and unhinged. It pushed the plot forward in ways Season 2 never did and I’m sure it will set up the 4th and final season perfectly.

Rami was a guest on Jimmy Kimmel Live last night, just hours after the Mr. Robot creator Sam Esmail announced that Season 4 would be the show’s final season. Kimmel started asking Rami about that and he got trolled a little bit with Malek leading on that he knows a decent amount about how the show will end, and he’s known for quite some time.

It isn’t uncommon for a show’s star to know how the series will end because it can help them adapt their character in tiny ways that will fit the ultimate conclusion.

As a fan of Mr. Robot, I’m kind of mind fucked right now because there could easily be hints hiding in plain sight all over the place as to how the series will wrap up. So much within this show was staring us in the face all along.

Remember that Darlene reveal? Holy shit. 99.999% of fans never saw that one coming and that flipped the show on its head.

Will they do something similar with the finale? Could we be in for some LOST levels of mind-fuckery and disappointment or will they get this right? I’m interested to hear what everyone thinks so get angry in the comments down below.

The 4th and final season of Mr. Robot will air at some point this Winter (2019) but an exact date hasn’t been set yet.