If You’re Not Impressed By The Flow On The Finalists For The Kids’ Mullet Championships, I Question You As An American 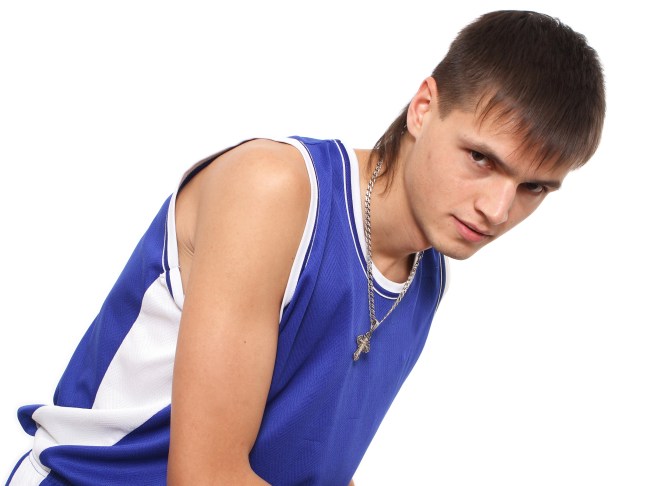 When I was a kid, I thought that having long hair was cool because I liked Mario Lemieux, so I figured it was the “look” everybody wanted. Little did I know I was just rockin’ a nasty mullet that, for some reason, my parents allowed me to leave the house with. Look at this six-year-old disaster.

First off, where’s all that hair of mine these days? If it’s possible to have hair envy of yourself, I’m definitely experiencing it right now. Forget the fact that the mullet I had was gnarly, and my bangs looked like Edward Scissorhands was my barber, or… that turtleneck, and let’s just stare at that kid and wonder what he’d become in life. Dear mom and dad, thanks for showing me what not to do to my future kids.

While my look as a kindergartener was definitely… something, it pales in comparison to the finalists of the Kids’ Mullet Championships, which announced the top-10 best (or most outrageous) mullets ever before seen on a child. Unfortunately, we can’t show the pics because, you know, the Internet police would come after us, but you can peep the pics of the 10 finalists here to get a better idea of what these little bros are working with.

Even without seeing the photos of the glorious flow of those finalists, just seeing some of the names on the list should be enough to understand that these kids aren’t messing around.

Without seeing a single image of any of those kids, are you surprised that any of them have a glorious mullet? Probably not. And while they may look back on this chapter in their life years from now and regret entering a competition that pretty much glorifies the ballsiest haircut this side of the Mississippi, as someone who lived through something similar, I promise life gets better.

Now to my prediction: It has to be Jax, right? As my colleague here at Brobible Cass Anderson said, the missing teeth, southern side part, and curly mullet is unstoppable, and something tells us that little dude’s taking home the title. But he’s up against some hairy competition, so we’ll have to see who ends up taking home the trophy for having the best mullet a kid has ever had.