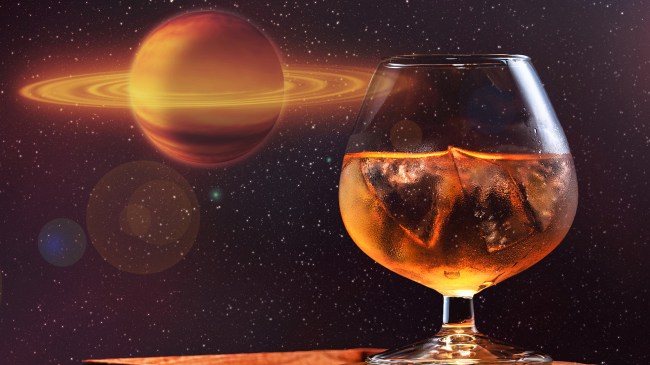 The whiskey industry has experienced an explosion of growth over the past 15 years or so thanks in no small part to the craft cocktail movement that brought bourbon and rye back into the spotlight as well as the “Don Draper Effect” that’s widely credited with drawing new drinkers to the space.

There’s arguably never been a better time to be a fan of that particular spirit category, although consumers and producers alike have had to deal with some serious growing pains.

Whiskey’s newfound popularity has made it harder to track down a number of bottles you’ll typically have to pay well over MSRP for if you do manage to find them in the wild, and distilleries are also forced to figure out how to stand out from the rest of the pack in an increasingly crowded marketplace.

The most straightforward way to deal with that second issue is knowing how to make some really good liquid, but there are also plenty of brands who’ve opted to harness a wide variety of gimmicks in the hopes of setting themselves apart.

While I’m personally a fan of the “Aged At Sea” approach the folks at Jefferson’s Whiskey have employed, it’s also been subjected to plenty of backlash from connoisseurs who dismiss it as an unnecessary publicity stunt. As a result, I cannot wait to hear what those detractors have to say about an incredibly bold plan that’s now being floated by a distillery in Durham, North Carolina.

According to ABC11, Mystic Farm and Distillery has announced its plans to go where no whiskey has gone before with the unofficial launch of Mystic Galactic, which will be the first bourbon to ever be aged in space if things go according to plan.

The plan in question revolves around five barrels that will mature on Earth for three years before being launched into orbit for another trip around the Sun (Mystic plans to work with the likes of SpaceX and Inversion Space for that leg of the mission).

The goal is to ultimately release between 1,000 and 1,500 bottles. However, they will likely come at quite the premium thanks to the $75,000 the distillery is currently charging for the NFTs that will give buyers the right to take home the end product (holders will have to pay a sales tax when the product officially changes hands) as well as access to some related opportunities.

READ NEXT: Sam Adams Collaborated With SpaceX For A Beer That’s Literally Out Of This World