Think You’re A Real Movie Buff, Do You? Okay, Then Name All 52 Films Hiding In This Video 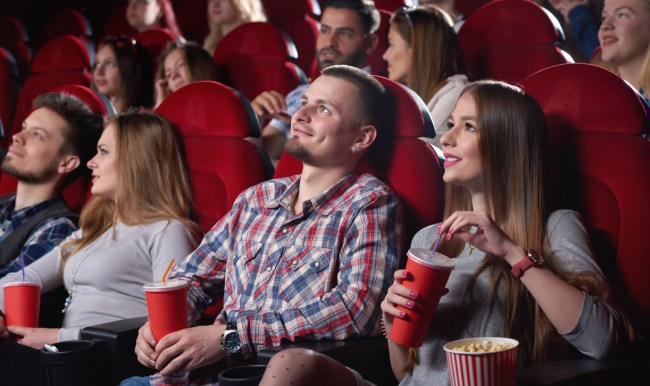 Think you are some kind of movie expert, huh? Well, make yourself comfortable, open a bag of popcorn and feast your eyes on this – a video-based movie teaser that’ll leave you on the edge of your seat.

There are plenty of clues to decipher, from classics such as The Great Escape and The Seven Year Itch to family favorites The Lego Movie and Babe, to heartwarming comedies such as Little Miss Sunshine and Notting Hill.

The film was put together by Meerkat Movies to celebrate their 12-month membership by hiding a total of 52 clues; a film title for each week of the year.

The clip takes you through a first-person perspective, capturing the journey of any joyous film fan making their way from box office to snack bar and screen to seat.

As the movie-goer makes their way through the car park, a series of passersby give hints relating to popular motion pictures throughout the years.

With dancing men and groups of chattering women filling the cinema lobby, viewers approach the snack counter to be handed a freshly popped box of popcorn.

As you watch through the eyes of a film fanatic, more well-known movie moments are recreated up the staircase and into the theater.

Before taking a seat to enjoy the latest release, a few more iconic clues are revealed before the video comes to a close.

Pause and rewind as many times as you like to gain bragging rights against your friends.

Julie Daniels, Head of Customer Rewards at comparethemarket.com, said, “We really wanted to celebrate our fantastic year-long Meerkat Movies reward through the magic of cinema. We’ve borrowed some of the most iconic film references and mixed them with some silver screen techniques, to create a piece of cinematic content which highlights the sheer variety of genres that can be enjoyed with our offer. We hope viewers have fun trying to spot all 52, but we won’t be surprised if a few cleverly placed clues are only caught by keen-eyed movie fanatics.”