First Trailer For ‘Narcos: Mexico’ Is Out So Get A Mirror And Roll Up A $100 Bill Because There’s So Much Cocaine 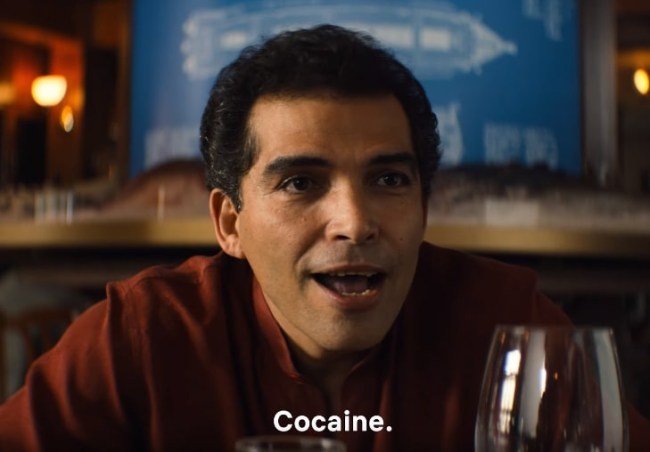 Since 2015, the first three seasons of the hit Netflix crime drama Narcos was set and filmed in Colombia documenting the life and times of infamous drug kingpin Pablo Escobar and his battles with Drug Enforcement Administration (DEA) agents. Now, there is a new chapter of the drug lord TV series called Narcos: Mexico and it will focus on the birth of the Mexican drug war.

The first full-length trailer for Narcos: Mexico takes you back to 1980 and the origins of the Guadalajara Cartel, led by “the Rockefeller of marijuana” Félix Gallardo played by Diego Luna who was Cassian Andor in Rogue One: A Star Wars Story.

You’ll also be introduced to DEA agent Kiki Camarena who moved his family from California to Guadalajara, who quickly learns that his assignment will be more challenging than he ever could have imagined. Camarena is played by Michael Peña, known for being in Crash, American Hustle, and Shooter.

“A tragic chain of events unfold, affecting the drug trade and the war against it for years to come,” Netflix says of the upcoming drug-fueled TV show. Cocaine will be a big part of the show as evidenced by all the snorting and Sugarhill Gang’s “White Lines” plays during the trailer. The show will also feature rocket launchers which are always a welcome addition to any show.

The Narcos: Mexico has a release date of Friday, November 16th when you can bingewatch the entire 10-episode season. Don’t forget to bring a credit card, a mirror, and a rolled-up $100 bill.

Here is the first teaser trailer for Narcos: Mexico.