NASA To Broadcast Messages To Aliens In Hopes Of Making First Contact, But Is That A Good Idea? 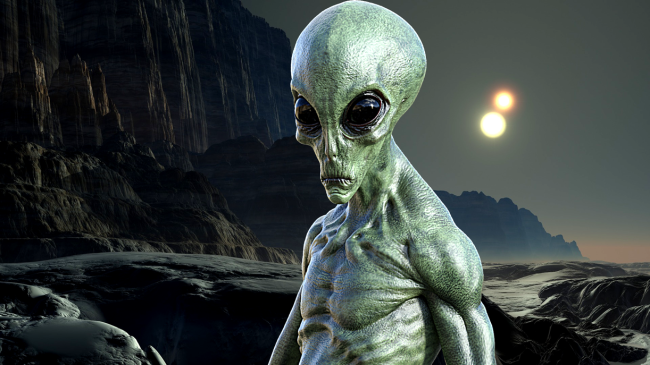 Back in 1974, in what became known as the Arecibo message, scientists and researchers attempted to communicate with intelligent alien life by transmitting a message using a radio telescope.

The telescope, located at the Arecibo Observatory near Arecibo, Puerto Rico, transmitted a 23 by 73 pixel bitmap image made up of numbers, stick figures, chemical formulas about 25,000 light-years toward the globular cluster Messier 13.

Now, an international team of researchers led by Jonathan Jiang of NASA’s Jet Propulsion Laboratory, are setting out to try and do something similar by sending new messages to aliens.

In a paper published arXiv.org, Jiang and his fellow scientists explained…

An updated, binary-coded message has been developed for transmission to extraterrestrial intelligences in the Milky Way galaxy.

The proposed message includes basic mathematical and physical concepts to establish a universal means of communication followed by information on the biochemical composition of life on Earth, the Solar System’s time-stamped position in the Milky Way relative to known globular clusters, as well as digitized depictions of the Solar System, and Earth’s surface.

The message concludes with digitized images of the human form, along with an invitation for any receiving intelligences to respond.

Calculation of the optimal timing during a given calendar year is specified for potential future transmission from both the Five-hundred-meter Aperture Spherical radio Telescope in China and the SETI Institute’s Allen Telescope Array in northern California to a selected region of the Milky Way which has been proposed as the most likely for life to have developed.

These powerful new beacons, the successors to the Arecibo radio telescope which transmitted the 1974 message upon which this expanded communication is in part based, can carry forward Arecibo’s legacy into the 21st century with this equally well-constructed communication from Earth’s technological civilization.

Scientists want to send messages to aliens in outer space, but is it a good idea?

As for why these researchers are doing this now, Jiang says, “The motivation for the design was to deliver the maximum amount of information about our society and the human species in the minimal amount of message. With improvements in digital technology, we can do much better than the [Arecibo message] in 1974.”

Well… not everyone is on board with broadcasting messages to aliens.

All of this seems pretty sound, pun intended. It’s cool to want to talk to other civilizations, and it’s cool that these scientists are basically iterating and improving upon the messages sent out decades ago to try to greet those civilizations. But there’s a potential downside to being too transparent with our galactic neighbors. Some experts have theorized for decades that we might not want their attention at all, which, they say, could explain why we’ve also never heard from another civilization ourselves. They could all be staying quiet on purpose.

If whoever’s out there is a nemesis in waiting, then what we’re doing is akin to, say, beaming out our exact locations and special vulnerabilities to the Nazis right before the Battle of the Bulge. Other civilizations may have caught snippets of weird radio waves and other transmissions that bounce their way into space, but with specific reference points for things like base-10 mathematics and the building blocks of human life, you could argue we’re doing intergalactic TMI without a guarantee that whoever’s listening is really a friend.

“This message’s ultimate goal is to start a dialogue … no matter how far in the future that might occur,” the paper reads. “Humanity has a compelling story to share and the desire to know of others’ – and now the means to do so.”

As many people often say, though, just because you can do something doesn’t necessarily mean that you should.