NASA Reveals 10 Dates When Apophis, The ‘Colossal God Of Chaos’ Asteroid, Could Smash Into Earth 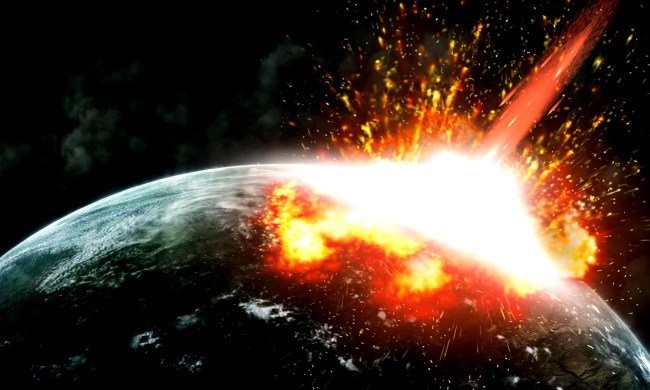 In August, it was reported that NASA was making preparations for the monstrous 99942 Apophis asteroid nicknamed “The Colossal God of Chaos” to fly by Earth at a terrifying distance of just 19,000 miles from our planet. Most satellites orbit Earth at around 22,000 miles so that would be insanely close.

Thankfully for all of us, that did not happen. Unfortunately, we’re still not out of the woods.

The “God of Chaos” Apophis asteroid, the third largest space rock currently being tracked by NASA (and there are a lot of them), is still a threat. As in, we have zero defense against it should the asteroid decide to slightly change course.

In a bid to safeguard our planet from the doomsday scenario, NASA keeps a watchful eye on the asteroid’s trajectory. As a result, the US space agency has determined 10 dates on which there is a calculable risk of deadly impact.

If Apophis ends up hitting the planet on any of these dates, NASA said the force of impact would be equivalent to 1,200 megatons or 1,200,000 kilotons of kinetic energy. For comparison, the US atomic bomb dropped on Hiroshima in 1945 detonated with the force of around 15 kilotons of TNT.

So, what dates should we be marking on our (and our kids’) calendars with a big red X signifying the potential end of the world? Here’s what NASA currently says…

Thank goodness, right? Nothing for us to worry too much about.

If Apophis (named after the Ancient Egyptian God of Chaos) were to crash into our planet on any of these dates, according to NASA, it would be at somewhere in the neighborhood of 28,200 mph. That’s a very bad neighborhood.

The good news is that “research scientist” Michael Horn told the Daily Express that the man he represents, UFOlogist Billy Meier, has been contacted by aliens over 38 years ago and they told him exactly what we need to do to protect ourselves.

So we’ve got that going for us, which is nice.