Humans Could Become Extinct In The Near Future And Most People Don’t Really Care, Says New Study 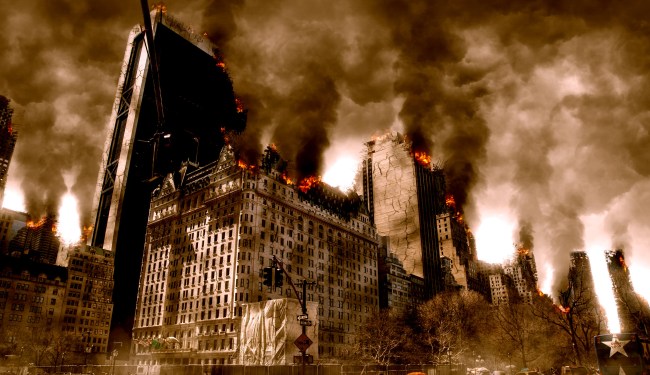 Last week, there was a report that the apocalypse is closer than we think due to a “zombification” parasite that may have already infected humans. On Monday, we reported on a recent study conducted by Oxford scientists that claims the chance of human extinction within the next year could be higher than the odds of dying in a car accident, being struck by lightning, getting attacked by a shark, or getting a royal flush playing poker.

This begs the obvious question: Why don’t humans care if their own existence is completely snuffed out?

The answer, I am sorry to say, sounds very millennial. (Don’t @ me.)

“We conclude that an important reason why people do not find extinction uniquely bad is that they focus on the immediate death and suffering that the catastrophes cause for fellow humans, rather than on the long-term consequences,” wrote the study’s authors.

The study involved a survey of more than 2,500 people in the U.S. and U.K. and what it revealed is rather disturbing.

The researchers did discover that people do believe that human extinction needs to be prevented, so that’s a positive, I guess, but…

They also found that if you tell people the future is going to be “extraordinarily good” then more of them are likely to think that the extinction of the human race is a bad thing. Go figure.

Overall, the study led the researchers to conclude…

If it is right that human extinction is uniquely bad, then we should arguably invest much more in making sure it does not happen. We should also change policy in many other ways; e.g., shift technology policy in a more cautious direction. On this view, we should, if necessary, be prepared to make substantial sacrifices in order to make sure that humanity realizes its future potential. Hence much hinges on the complex question whether we deem our own extinction to be uniquely bad.

Definitely some food for thought right there. Because, as the study suggested, people who do consider this issue more deliberately rather than intuitively have a a greater tendency to believe that human extinction is, in fact, a bad thing.