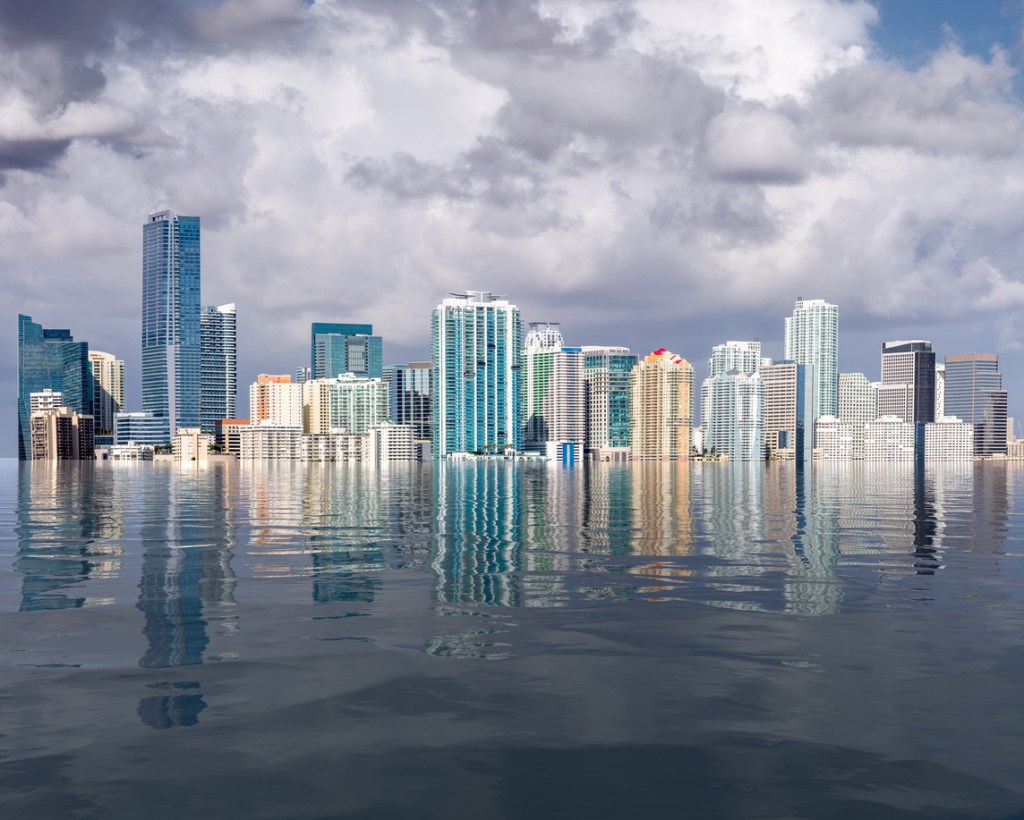 The moon is pretty predictable. It orbits the year every 27.322 days and takes about 27 days to rotate once on its axis. Then, every 18.6-years there’s a Moon Wobble that has has been observed as far back as 1728. This Moon Wobble causes lower low tides and higher high tides.

I grew up on Siesta Key in Florida and have countless childhood memories of high tides that were so high the docks were underwater even though there wasn’t a storm surge. In hindsight, it likely had something to do with the moon cycle and possibly that ‘wobble’ that’s set to hit in the next decade.

NASA is now sounding the alarm about the Moon Wobble combining with the effects of climate change to cause up to two decades worth of catastrophic flooding in coastal areas of the United States. The Moon Wobble pushes the High Tide even higher and then the rising sea levels will bump the water levels up to a point that could destroy entire communities.

But NASA says global sea level rise will likely push those high tides higher, and one of the study’s co-authors, NASA Sea Level Change Team leader Ben Hamlington, said that because waters will be higher, this moon cycle could have a much more dramatic effect. “We’re getting closer and closer to the flooding thresholds or tipping point in these coastal locations,” he said. “The same variability in the past that didn’t cause flooding is now going to cause flooding.” (via NPR)

NASA Administrator Bill Nelson was a part of this study and he’s really sounding the alarm on the potentially catastrophic flooding from the Moon Wobble and climate change. I don’t know much about space, nor could I walked into a meteorologist’s office and predict the weather.

But I do know that trusting the experts is always the preferred course of action when the alternative is to do nothing. And his comments are giving me anxiety about living in Florida these days. His comments

“Low-lying areas near sea level are increasingly at risk and suffering due to the increased flooding, and it will only get worse,” said NASA Administrator Bill Nelson. “The combination of the Moon’s gravitational pull, rising sea levels, and climate change will continue to exacerbate coastal flooding on our coastlines and across the world. NASA’s Sea Level Change Team is providing crucial information so that we can plan, protect, and prevent damage to the environment and people’s livelihoods affected by flooding.” (via NASA)

The Moon Wobble sounds awful, to be honest. I could really do without the wobbling of the moon in my life for two damn decades.

Then I read a report like this where basically any house in Florida on the water that isn’t sitting on indestructible stilts could be at risk in 10 years and stay at risk for two decades… Doesn’t sound so awesome anymore. And THEN you consider how all of the wealthiest people living on the water will be seeking to buy the best houses inland and suddenly it begins to change how I’m thinking about the real estate game in general… Just some food for thought.

This portion gives us a sense of which areas in the United States will likely be affected by this:

along most U.S. coastlines, sea levels have not risen so much that even with this lunar assist, high tides regularly top flooding thresholds. It will be a different story the next time the cycle comes around to amplify tides again, in the mid-2030s. Global sea level rise will have been at work for another decade. The higher seas, amplified by the lunar cycle, will cause a leap in flood numbers on almost all U.S. mainland coastlines, Hawaii, and Guam. Only far northern coastlines, including Alaska’s, will be spared for another decade or longer because these land areas are rising due to long-term geological processes.

You can read that full study from NASA right here where they’ve published the findings and made it easily digestible for people like me to read.