NASA Announces Water Has Been Discovered On The Moon, Bringing Us One Step Closer To Proof Of Alien Existence 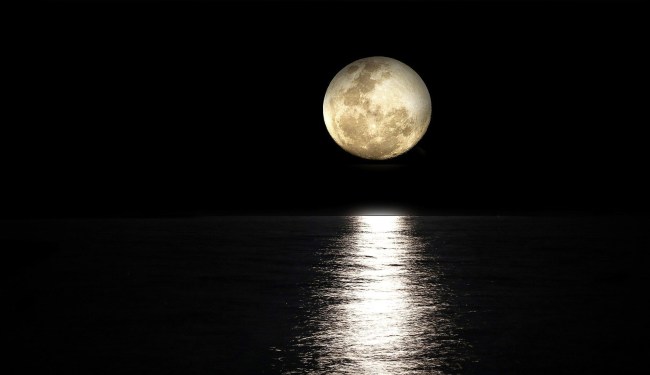 NASA said last week that it had a huge announcement to make regarding the Earth’s moon on Monday, and they weren’t kidding. Two papers published Monday in Nature Astronomy reveal that water, actual H2O, has been discovered on the moon.

The first study determined that water exists on the lunar surface in areas that do not receive sunlight.

Previous studies had theorized that there was the more thermally stable hydroxyl, or OH, located near the moon’s poles, rather than H2O.

“The detection is very unique for molecular water,” says study co-author Shuai Li, a planetary scientist at the University of Hawaii. “Based on our knowledge, it cannot be anything else.”

In the second study, researchers believe water may actually exist in shadows throughout the moon’s surface.

NASA also revealed that these water molecules on the moon were found by its Stratospheric Observatory for Infrared Astronomy (SOFIA), and what they learned contradicted previous theories about water on the moon.

“SOFIA detected water molecules (H2O) in Clavius Crater, one of the largest craters visible from Earth, located in the Moon’s southern hemisphere,” read a statement from NASA. “Previous observations of the Moon’s surface detected some form of hydrogen, but were unable to distinguish between water and its close chemical relative, hydroxyl (OH). Data from this location reveal water in concentrations of 100 to 412 parts per million — roughly equivalent to a 12-ounce bottle of water — trapped in a cubic meter of soil spread across the lunar surface.” 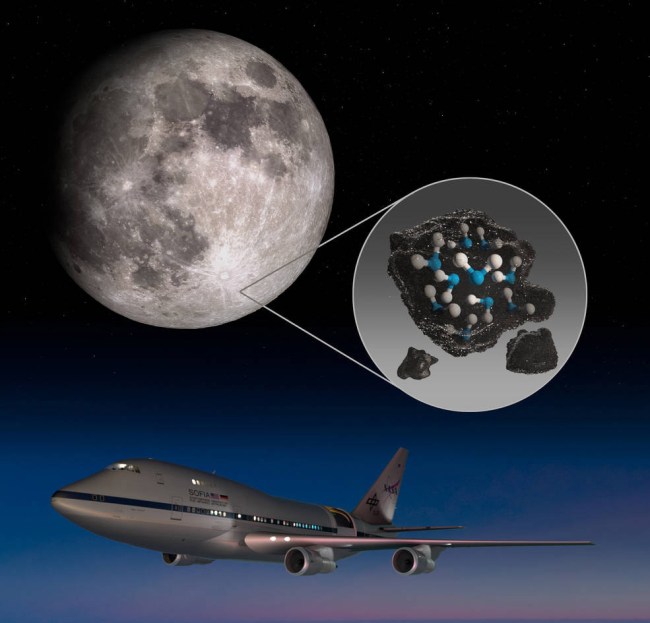 “If you can imagine standing on the surface of the moon near one of its poles, you would see shadows all over the place,” study co-author Paul Hayne, assistant professor in the Laboratory of Atmospheric and Space Physics at CU Boulder, said in a statement. “Many of those tiny shadows could be full of ice.”

Matthew Siegler, a research scientist with the Planetary Science Institute in Dallas, told Gizmodo in an email, “If water is really widespread, even if very surficial and trapped in glasses, you could imagine ‘strip mining’ the lunar surface for water could be a more viable thing—not that I am advocating that we strip mine the moon. But water is very useful if you are on the Moon and want a martini, or drinking water, or if you want to refuel your standard liquid hydrogen, liquid oxygen rocket.”

NASA’s Artemis program will be sending humans to the moon in 2024 – the first time since 1972 – and plans to include the first woman to walk on the lunar surface. The program also plans to build a human base on the moon, complete with a cell phone network constructed by Nokia, that intends to establish a sustainable human presence there by 2028.

“Our results suggest that water trapped at the lunar poles may be more widely distributed and accessible as a resource for future missions than previously thought,” researchers wrote.

If alien life may exist beneath ancient ice sheets on Mars, as well as below the icy surface of Pluto, two planets where humans still have not figured out how to safely access, perhaps, now that we’re finally headed back there after over 50 years, the Earth’s moon will finally provide some of the answers we’ve been seeking for decades.