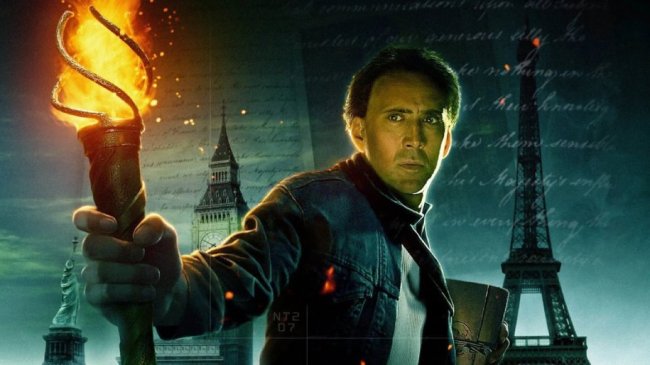 After years of rumored development, a third film in the beloved National Treasure franchise may finally be on the verge of actually happening, at least according to producer Jerry Bruckheimer.

During a recent interview with ComicBook, the veteran Hollywood producer said that the script for the film is “really good” and that it’ll be sent to star Nicolas Cage — who’s in the midst of a career renaissance following Pig, The Unbearable Weight of Massive Talent, and his role as Dracula in the upcoming Renfield — “shortly.”

“Let’s hope we’re working on the script right now. Hopefully [Cage] likes it, but it’s really good. So I think we’ll get it to him shortly,” Bruckheimer said.

Cage cutting a check from Disney for a third National Treasure would well and truly prove that the Academy Award winner is back on Hollywood’s A-list. His upcoming role as Dracula in Chris McKay’s (The Lego Batman Movie, The Tomorrow War) Renfield, for example, marks Cage’s first time starring in a live-action Hollywood blockbuster since 2011’s Ghost Rider: Spirit of Vengeance.

This third theatrical film isn’t the only National Treasure property in the works as a new series on Disney+ titled National Treasure: Edge of History is set to hit the streaming service next year.

The previous National Treasure movie (subtitled Book of Secrets) was released back in 2007 and made $452 million at the global box office despite subpar reviews. In the years since, given Cage’s career arc, the franchise has become something of a cult hit amongst Millenials which perhaps explains Disney’s interest in resurrecting the property.

RELATED: Nicolas Cage Gives Wonderfully Thoughtful Answer When Asked What About The Future Of Movies Inspires Him Most