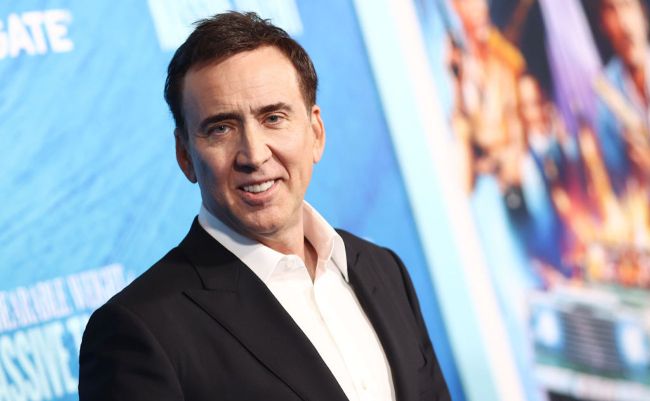 Of all the actors I’ve interviewed during my career, arguably none are as singular as Nicolas Cage, the Academy Award-winning actor whose legacy is defined not only by what movies he makes but *how* he makes them.

Famously starring in over 100 movies during his career, what’s perhaps most impressive about Cage’s four-decade-long career is that, despite his incredible volume, he brings the same intensity and commitment to each and every part he plays. This is a man who simply loves to act, regardless of how big or small the project he’s working on may be.

With that in mind, to close out our interview, I felt it was only right to wrap up the once-in-a-lifetime opportunity by asking Cage what about the future of his craft inspires and scares him the most.

The pause before he responds is the best compliment an actor can pay me. pic.twitter.com/XEWtY4rbfO

NC: “What inspires me the most is probably the same thing that scares me the most. And that’s an interesting statement in itself, having to think about it now. But what I’m inspired by is the idea of a young filmmaker who’s doing movies on his or her cell phone, and it’s speaking to what’s happening now in the culture and the zeitgeist around the world in terms of how information is deployed, and what will that look like in the context of a movie narrative, what will that person bring to the film-making narrative?”

NC: “Because the Z-Generation is the now, but it’s also scary because I worry about things like attention span and what’s happened to me in terms of the memeification, which has been both positive and negative. Positive in that these memes have enabled people to give me another life in terms of, ‘Well, that’s an interesting expression,’ but it loses the context of how the character got to that point in the first place. Although maybe it will inspire people to look at the full two-hour movie or the 90-minute movie to see how the character got to that place.”

NC: “I‘m both inspired and scared of that. And it’s interesting, I said to my manager, who’s also a producer on this movie, I said, ‘You know, it’s always gonna be a young filmmaker who is going to bring something and reinvent me, and I’m waiting for that person to show up.’ And he did show up with ‘Pig’, it’s Michael Sarnoski. I call him “Arch Angel Michael. ” That person showed up. But that person is interested in slow movies and taking your time. He loved a movie called ‘Revanche’, I think it was a French film, and that’s different. But I know I’m gonna have an experience, we’re gonna meet someone who’s doing cuts on their cell phone. And I don’t know what that’s gonna look like yet, but I know it’s going to happen.”