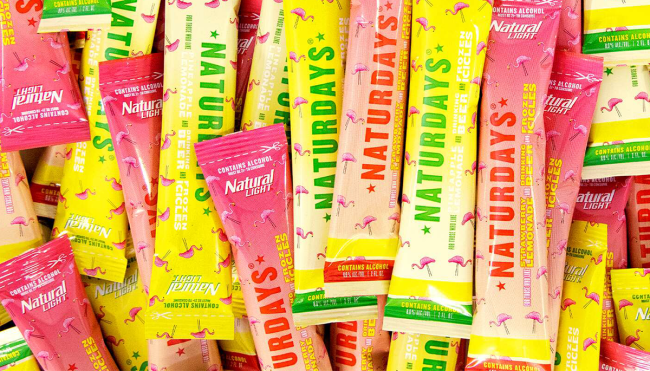 A couple of years ago, I got together with some of my college buddies for a bachelor party where we pledged to spend the weekend reliving our glory days complete with the cheap alcohol we once relied on to help us make regrettable decisions.

In hindsight, we probably should’ve known that ripping a shot of blue raspberry vodka sold in a plastic handle and washing it down by shotgunning a Natty Light wasn’t going to be as enjoyable as it used to be when that was the only option we had when it came to getting where we needed to go.

However, we were still able to salvage things thanks to an intriguing concoction we stumbled upon on during our initial booze run: a mysterious elixir known as “Naturdays.” I have to say I was skeptical of what essentially amounted to a strawberry-lemonade shandy packaged in a pink and yellow can covered in flamingos, but I only needed to take one sip before I instantly converted to Naturdayism.

There aren’t many things capable of quenching my thirst on a hot day than a can of ‘Days (a nickname I don’t think anyone uses but that I’m going to try to make a thing now that I have.) However, it looks like that’s all going to change this year thanks to the introduction of the boozy Naturdays freeze pops that promise to make this summer even more reckless than it’s poised to be.

Heard y’all could use a delicious treat today 👀. So we’re dropping our brand new 8% #NATURDAYS FROZEN ICICLES 🦩 to do our part. Limited-time only this summer. Tag your frostiest friend ❄️ pic.twitter.com/oZJY73Ybtl

The “Frozen Icicles” will be sold in 12-packs featuring its flagship flavor in addition to the recently introduced Pineapple Lemonade. They’ll also boast an 8% ABV as opposed to the 4.2% its canned counterparts are rocking (although you’ll have to do a bit of work to catch the same buzz when you consider there’s only 2 oz. in each tube.)

My body is ready—but I’m not sure if the world is.