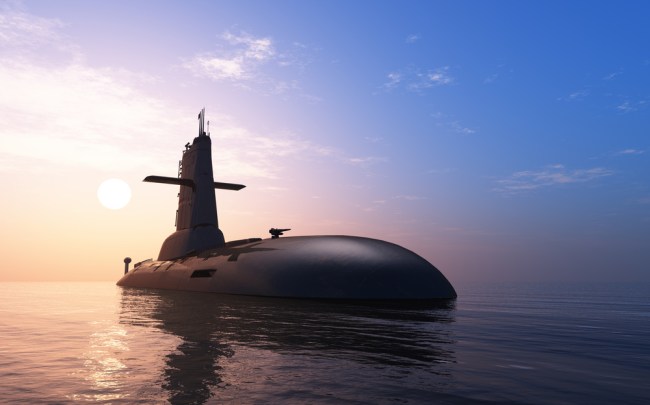 On Saturday, the United States Navy’s newest submarine goes into service and it is completely state-of-the-art except it uses a 12-year-old Xbox 360 controller. The USS Colorado, a 377-foot-long and 7,800-ton Virginia-Class submarine, is considered the most powerful submarine in America’s impressive arsenal and yet it uses the same controller that you used to blast friends on Gears of War.

The 12-year-old Xbox controller is used to maneuver the photonic masts—sensors that have replaced periscopes in modern submarines. The reasons for using Xbox controllers are actually amazingly justified. The USS Colorado, which is the latest Virginia–Class sub, is built in a partnership between General Dynamics Electric Boat in Connecticut and Newport News Shipbuilding in Virginia. The USS Colorado costs approximately $2.7 billion, but the builders were able to cut some costs by using video game controllers.

The original interface was a custom joystick-style controller that costs $38,000. The builder swapped the ridiculously expensive controllers for the Microsoft Xbox controller, which has a very thrifty price of $39.95. Imagine that, the government saving tax dollars? What a crazy concept! Another benefit of the Xbox 360 controller is that service members have played games with them in the past and thus are very familiar with them.

So the new nuclear-powered underwater vessel that is capable of launching six Tomahawk cruise missiles at once uses an Xbox 360 controller. Hope nobody trips on the wire and yanks the controller out of the submarine.