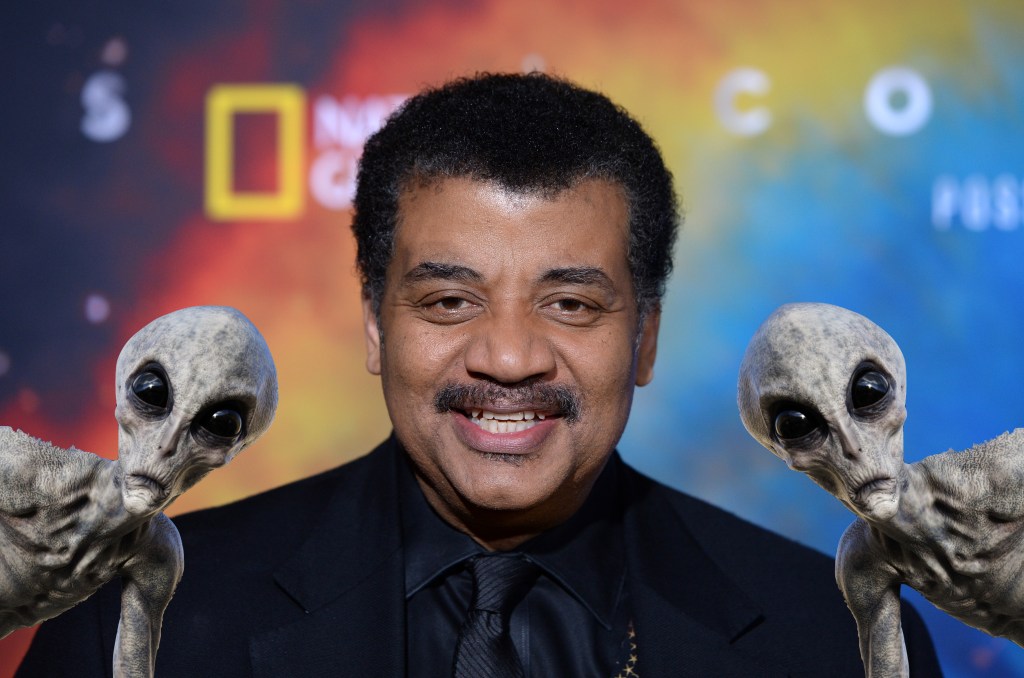 Pretty much everything I’ve learned about Demi Lovato’s personal life I have learned against my own will. Do I care that she claims to have had close encounters communicating with friendly aliens in Joshua Tree National Park? I really don’t. Do I care that she thinks we should stop referring to space aliens as ‘aliens’ because it hurts their feelings? I really, truly don’t.

But I’m here to talk about it now because astrophysicist and bonafide space expert Neil deGrasse Tyson (also a former BroBible podcast guest) completely smacks down her notion that we shouldn’t call aliens ‘aliens’. Before we get to Neil deGrasse Tyson’s response, here’s what Demi Lovato had to say:

“I really think that if there was anything out there that would want to do that to us, it would have happened by now. But I think that we have to stop calling them aliens because aliens is a derogatory term for anything. That’s why I like to call them ETs! So yeah, that’s a little tidbit. A little information that I learned.”

I legitimately love Neil’s response here. He’s basically going with the ‘your feelings don’t matter because they don’t have feelings, also they don’t know WTF any of us are saying in the first place’ and the 60-second rebuttal of Demi Lovato’s comments is perfect. Check it out:

If you’re a reader instead of watcher, here’s what Neil DeGrasse Tyson had to say:

“All the aliens that I’ve ever met, they have no feelings. So to be worried about offending them by calling them an alien, what is (Demi) thinking is going on in the head of species of life from another planet? I mean, I know it’s very considerate of (Demi), but really? Really?”

“When I refer to aliens – just to be specific – I always say ‘space aliens’. And then, what we used to call aliens on Earth, undocumented immigrants, that’s what the new term is for them, and I’m all in on that. So what that means is – if we all do that – the only invocation of the word alien is for creatures from outer space that want to kill us all. First, I don’t care what they feel. Plus, why should I even believe they know English?”

Demi Lovato is a singer and actor. She is not an astrophysicist. And while we live in a world where everyone is entitled to their own opinion that doesn’t mean we can’t point out when someone else’s opinion is truly preposterous, which in this case, hers is. So I’m glad that a qualified space expert shut down this discussion in under 24 hours.

If you’re at all interested in what Demi Lovato’s claimed experience with aliens at Joshua Tree was like, here’s her talking about it:

If aliens ever do show up, we’re screwed. A civilization doesn’t technologically progress to the point of being able to travel across the universe and then do it with a reason. Most likely, it’s because their planet was destroyed and the aliens will look to colonize our planet and that might mean wiping out humanity in the process. Demi’s out of her mind if she thinks happy aliens would show up.