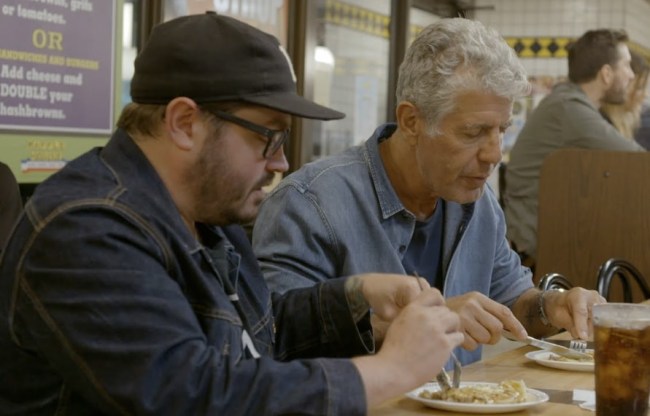 Anthony Bourdain was a storyteller with a passport, a naturally gifted raconteur who could bond with the viewer as if he was a close friend who you’ve known for years. And he spun his globetrotting reports with seemingly no effort on his hit travel show Parts Unknown. The punk rock chef died last Friday, but Netflix is ensuring that you’ll see much more of Anthony Bourdain for the foreseeable future.

The first eight seasons of Bourdain’s CNN docuseries Parts Unknown is available on Netflix, but the food and culture show was set to be removed from the streaming service on June 16th. Fans of the celebrity chef petitioned that Netflix keep his culinary show on the streaming platform and Netflix delivered. On Tuesday, Netflix announced that they had extended an agreement to keep Parts Unknown available on the streaming service for “months to come.” There was a massive outcry on social media to keep the show available and nearly 7,000 fans signed a Change.org petition. Netflix announced the extension on Twitter and the tweet quickly went viral with over 30,000 RTs and more than 234,000 Likes.

Some fans have noticed that Anthony Bourdain: Parts Unknown was scheduled to come off Netflix US on June 16. As of today, we’ve extended our agreement that will keep Parts Unknown on the service for months to come.

May we suggest that you start binge-watching with the Parts Unknown episode in Charleston, South Carolina, where he indulges in Waffle House for the very first time with chef Sean Brock and gleefully chows down on pecan waffles, slathered in butter and maple syrup.

Bourdain died last Friday in France during the filming of the 11th season of CNN travel show. Bourdain’s life came to an end with an apparent suicide at the age of 61.