Netflix Is Paying A Truly Staggering Fee For ‘Knives Out’ 2 & 3, Daniel Craig And Director Rian Johnson To Return 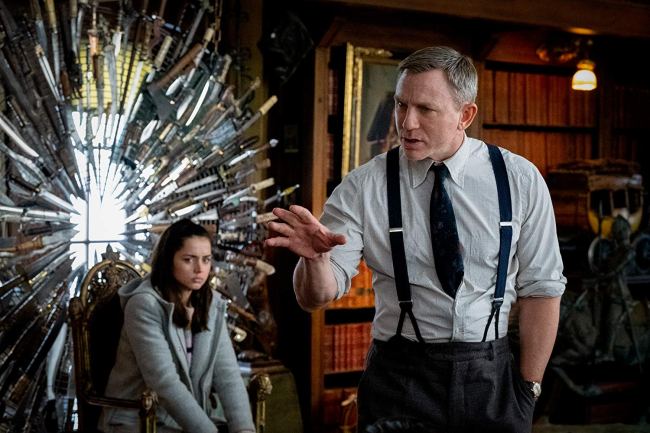 Netflix has paid $400 million for the rights to the sequels to Rian Johnson’s critically acclaimed Knives Out, according to Deadline. The sequel, tentatively titled Knives Out 2, will begin shooting in June with casting expected to begin immediately. Daniel Craig will return as Benoit Blanc in both films, while director Rian Johnson will also be helming both projects.

But how did Netflix acquire the rights to the franchise? Allow Deadline to explain:

A sequel was expected, but the recent discreet auction that went on between three streamers — Apple and Amazon were the others — was a surprise. How was it possible? The original was acquired in a single picture deal by MRC, which distributed the film through Lionsgate. The first film cost $40 million and turned in a global gross north of $311 million. Owned and licensed by Johnson and Bergman on a picture by picture basis, Johnson and Bergman had the right to make the richest sequel deal they could.

At $200 million per film, Netflix’s acquisition of Knives Out is easily one of the biggest streaming purchases of all-time, if not *the* biggest.

Released in 2019, Knives Out featured an ensemble cast that included the likes of Daniel Craig, Chris Evans, Ana de Armas, Jamie Lee Curtis, Michael Shannon, Don Johnson, Toni Collette, Lakeith Stanfield, Katherine Langford, Jaeden Martell, and the late Christopher Plummer. While Craig is set to return in the lead role,  the rest of the cast will not, as Johnson has indicated the sequels will be based on new mysteries.

Living up to the original Knives Out will be no easy task, the film made $310 million on just a $40 million budget, while also receiving an Academy Award nomination for Best Original Screenplay.

Knives Out gives Netflix something they’ve been in search of for a long-time: an A-list, event-film franchise. They’re also trying to create their own, as they’re spending around $200 million on The Russo Brothers’ The Gray Man, which stars Chris Evans, Ryan Gosling, Ana de Armas, and more.