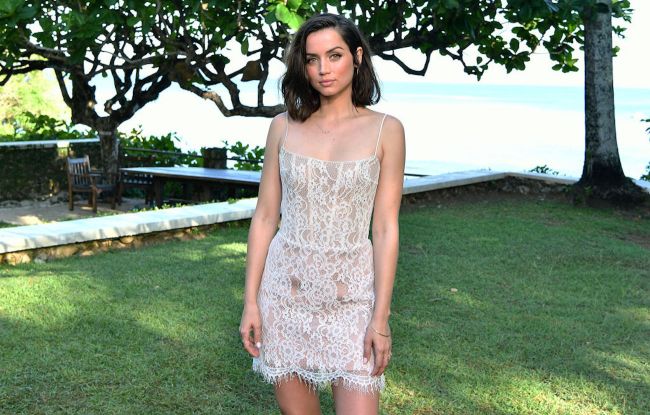 Last week, news broke that Netflix’s Marilyn Monroe biopic Blonde — starring Ana de Armas and directed by Andrew Dominik (The Assassination of Jesse James by the Coward Robert Ford) — had been delayed to 2022 after originally being scheduled for late 2021. At the time of the delay was announced, no specific reason was given, although reports did mention that Dominik had previously stated that the film “has very little dialogue in it.”

Now, while the following rumor should be taken with a grain of salt given the source, the logic certainly tracks: according to Ana de Armas updates on Twitter, Netflix was “horrified” by the sexually explicit nature of the cut that Dominik turned in, prompting the delay. While Netflix was hoping the project would be awards season bait, Dominik — somewhat predictably — apparently turned in an extremely indie, arthouse cut. Reminder: this is the same guy that made a nearly three-hour-long western starring in-his-prime Brad Pitt as Jesse James — The Assassination of Jesse James by the Coward Robert Ford — and it made just $15 million. Total. This man DOES NOT care about popular appeal.

According to industry insiders, Netflix was “absolutely horrified” by the sexually graphic final cut of BLONDE submitted by director Andrew Dominik. They want a new version, Dominik doesn’t — explains the delayed release of the film. pic.twitter.com/RpKfhBxk39

To which I say… so what?! Andrew Dominik is one of Hollywood’s more uncompromising filmmakers and Ana de Armas is one of the industry’s biggest up-and-coming actresses. If they want to give the world a hyper-sexualized tale of Marilyn Monroe, who is Netflix to deny us of that?! Let the artist’s vision speak for itself!

In all seriousness, Netflix: if you need someone to screen Dominik’s cut of Blonde to give you an honest opinion, I’m your man. My schedule is wide open. *to the tune of Ghostbusters* Worried Ana de Armas may be having too much sex in your movie — who ya gonna call?! Eric Italiano!

You can next see Ana de Armas when she stars alongside Daniel Craig in No Time To Die, which, fingers crossed, will hit theaters in October. She’ll also appear alongside Ryan Gosling and Chris Evans in Netflix’s new $200 million action franchise The Gray Man.