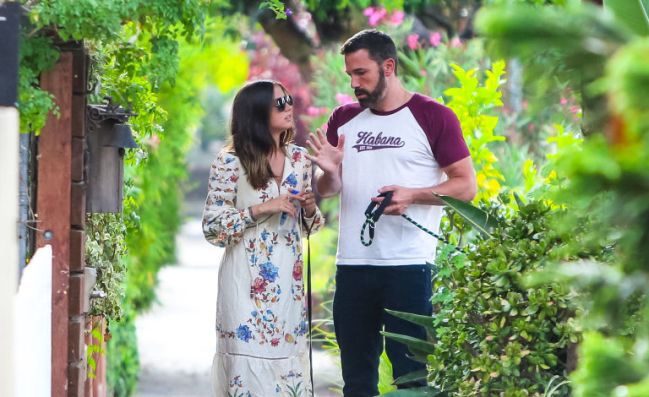 Inarguably the worst part of covering movies is the Hollywood bullshit that surrounds it. Before the world fell apart, one of the last big events I went to for work was the premiere of Netflix’s 6 Underground starring Ryan Reynolds. And what an absolute shit show that was. No fault of Netflix or any of the actors involved, of course — I’m talking about the idea of a red carpet as a whole. Being an actor and making movies is one thing, but the business of being a movie star is an entirely different beast. Credit to Reynolds, as my biggest takeaway from the night, as I watched him speak to every member of the media (yes, including us), was that the dude was just on 100% of the time. The charm machine never turned off. He’s got publicists twisting him one way and agents grabbing him in the other. Cameras flashing and the press barking out questions. Yet all the while, Reynolds remained in the zone.

Ben Affleck can certainly relate, as he recently and literally told The Hollywood Reporter that he “hates” being famous.

“I hate being famous. I don’t mind if I’m not famous. I want to get away from all this, I can’t stand it. I’d be happy to never be on another magazine again. I was actually in the very worst position you can be in in this business which is that you can sell magazines but not movie tickets,” Affleck said on the Awards Chatter podcast.

You can’t help for feel for Affleck, as the man has been forced to live through every one of his personal struggles in the public eye for essentially the entirety of his adult life. Every new hook-up ad subsequent break-up, weekend benders and rehab trips, all under the microscope.

And yet… you can’t help but marvel at these recent paparazzi photos of his younger brother, Academy Award winner Casey Affleck, disposing of a life-size cutout of his now-ex-girlfriend Ana de Armas. I wanna sympathize with Ben and respect his privacy, but when you task your Oscar-winning younger brother with throwing out Cardboarda de Boxmas, I simply have to write about it. It is my duty. Just look at my previous reporting on him and you’ll notice a pattern, they’re articles less about Affleck’s personal and professional life and more about his personality:

So, with all that rambling said, behold, photos of Academy Award winner Casey Affleck dressed like the guy who feeds the penguins at the zoo tossing a life-size cutout of Ana de Armas in the trash.

Sure, we’re certainly living in hell, but at least it can be mildly amusing when it wants to be.