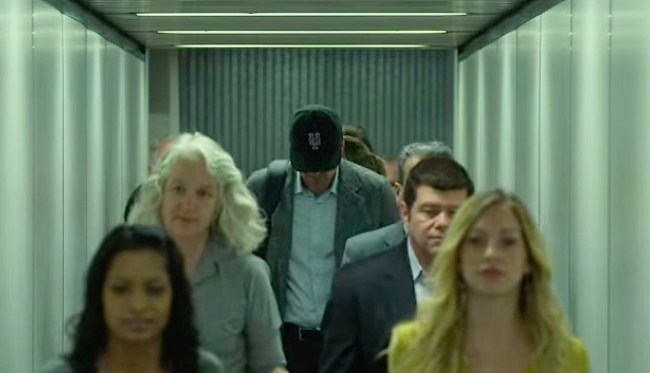 This is an old story but my boss Jason passed it along to me and I was absolutely floored, as it finally gave an answer to something I’ve long wondered: why is Nick Dunn, Ben Affleck’s character in Gone Girl, wearing a Mets hat in that one scene?

First, some context: I’m a Mets fan. I know, fuck me, right? If you can believe it, it’s actually worse than it sounds. Funnily enough, I actually began life as a Yankees fan: as a kid growing up in the shadow of New York City during the late 90s, how could you not? The last great Yankees dynasty, those late 90s teams won four World Series titles across five seasons from 1996 to 2000 — which is the sort of dominance the sport hasn’t seen since. There was also this kid Derek Jeter taking the league by storm and running around Gotham with some of the baddest women in the world.

Ultimately, though, I ended up switching allegiances during that 2000 World Series, as my Dad — who’s from Long Island — is a Mets fan, and rooting against my own father just didn’t sit right. What’s the point of sports if not to enjoy them with you Dad?

As a Mets fan, even more so than being a Jets fan (yup, also a Jets fan — luckily I have Liverpool), you come to just accept that the Yankees are the team that’s synonymous with New York City. Not only are they the most successful team in the sport’s history, but their logo is as globally recognized as the likes of McDonald’s and Coca-Cola. And honestly, that’s fine, as most Mets fans really don’t give a rats ass about the Yankees as their too busy worrying about getting a foothold in the National League before they can worry about their cross-town rivals in the American League.

Long anecdotal point being, you rarely see Mets content in popular culture outside of, like Seinfeld. If a movie is taking place in New York City, the character is a Yankees fan – end of story. Seeing the Mets logo in a film or TV series is like seeing your teacher at the grocery store: your brain simply has difficulty computing it. So, imagine my surprise back in 2014 when I saw Slick Benny Affleck not only rocking a Mets had, but the BLACK Mets — a hat that I love — which had not been used since the 2011 season. Like I said, it’s like seeing a fish out of water, the mind cannot compute what it’s seeing, and yet there Affleck was, strolling through the airport in a Mets cap?

But why? Cause David Fincher is a psycho when it comes to attention to detail and wanted to make Nick Dunn seem more realistic by making him a Mets fan? NOPE! As Fincher tells it, it’s because Slick Benny, in true Slick Benny form, refused to wear a Yankees hat.

David Fincher ripping on Affleck for refusing to wear a Yankees hat in Gone Girl pic.twitter.com/Ig8yMWLDtk