Wondering Why Your Netflix Fee Went Up? Maybe It’s The Reported $70 To $100 Million They Spent On Oscars Campaigns 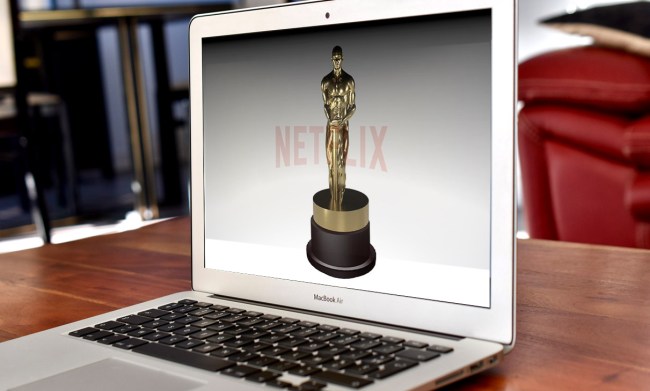 Streaming giant Netflix is no stranger to spending money.

The company reportedly paid $100 million just to secure the rights for an additional year of Friends in 2018.

But new shows and movies aren’t the only thing Netflix has been spending a boatload of money on. The streamer has also been spending tons of cash trying to win some of those hundreds of titles some awards.

According to the New York Times and Wall Street Journal, Netflix spent somewhere between $70 and $100 million on 2020 Oscars advertising and public relations campaigns.

Industry insiders estimate Netflix is spending well over $100 million, with the majority of those funds funneled into campaigns for Martin Scorsese’s “The Irishman” and Noah Baumbach’s “Marriage Story.” That’s more than traditional studios, which typically spend $5 million to $20 million per movie on awards campaigns.

Netflix’s head of original films, Scott Stuber, said that estimate is too high, and countered that the company’s awards spending has been “very smart.”

“I don’t think we’re doing anything that everyone else isn’t doing,” Mr. Stuber said.

Netflix received 24 Oscar nominations this year for those titles as well as Klaus, I Lost My Body, American Factory, and The Two Popes.

Another source close to Netflix told IndieWire, that because the company generated seven films which received Academy Award nominations, the number really could have been much higher.

The Wall Street Journal states that their industry insiders have expressed to them that a typical awards campaign costs anywhere from $5 million to $20 million per movie.

They also believe Netflix is spending most of the $100 million-plus on just two films: The Irishmen and Marriage Story.

So either Netflix is spending significantly more on their films (if they are really only promoting two), or they are spending a similar to less than average amount (based on $100 million being spread out over seven films).

“They are spending a reservoir of cash on awards and it’s forcing their competitors to reason, ‘We better rustle up bigger budgets or we won’t be in the game’” said Richard Licata, a former senior executive at NBCUniversal, Showtime, Fox and HBO, who has consulted with Amazon.com Inc., among others, on awards campaigns.

Regardless, all that spending by Netflix may be for naught as one may recall the streamer entered the 2020 Golden Globes with 17 nominations and went home at the end of the night with just one win (best supporting actress).

“Think of all of our awards work as a really smart way to make us the best home for talent in the world,” Netflix CEO Reed Hastings said during December’s quarterly earnings call. “The business benefit is that we will win deals that we wouldn’t have otherwise.”

Yeah… think of that the next time Netflix jacks up your fee for watching all of those award-winning titles they’re offering. Oh, wait…