A New ‘BioShock’ Game Is In Development At A ‘Top-Secret’ 2K Games Studio: Report 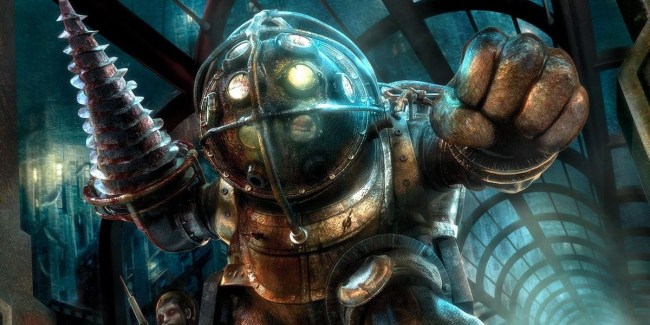 The original BioShock debuted on August 21, 2007, followed by BioShock 2 on February 9, 2010, and finally BioShock Infinite came out on March 26, 2013. The BioShock franchise has combined to sell more than 25 million copies. And we will thankfully soon get a fourth installment of the epic first-person shooter according to a new report.

In a Kotaku article that mainly focuses on the making of Mafia 3, there was a tantalizing tidbit about the future of BioShock. Developer Hangar 13, which made Mafia 3, works next door to another video game producer, which is allegedly working on a new BioShock title but are extremely “tight-lipped” about it.

The upcoming BioShock game is codenamed “Parkside” and the unannounced project is in development at a top-secret studio. The game is said to be in the very early stages and that “Parkside’s not ready for lots of people” yet. “If anyone from Hangar 13 tried to strike up a conversation with [those at this studio], they’d say, ‘Oh, we can’t really talk about it,” a source told Kotaku. “It was all very tight-lipped. They’re trying to be really smart about figuring out what the core thing is.”

Irrational Games was the studio behind the BioShock franchise, but it is now the intellectual property of 2K Games. A few months ago, Shawn Elliot, a former level designer for BioShock: Infinite, left Arkane Studios to work for 2K Games for an unnamed project, which is probably the new BioShock game. The studio is located in Novato, California, which is also where Hangar 13 is situated. It will be interesting to see what direction 2K Games takes the new BioShock.