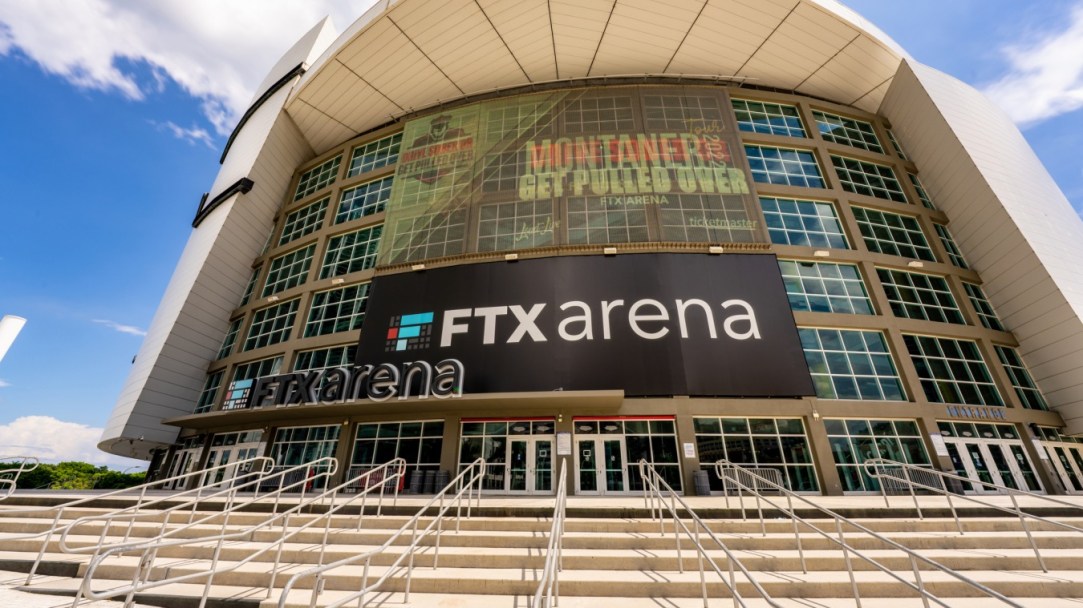 Disgraced former FTX CEO Sam Bankman-Fried stepped down after the largest crypto collapse the industry has ever seen. And John J. Ray III has stepped in as the new CEO to help FTX navigate bankruptcy.

John J. Ray III was previously a liquidation executive with Enron who navigated the ignominious Enron through its scandalous collapse in 2001. For better or worse, Mr. Ray is the guy you want when your ‘too big to fail’ company collapses overnight.

A recent article published by the New York Times included quotes from the new FTX CEO’s latest bankruptcy filing. His words really start to put into perspective how historically bad things were at FTX before everything came crashing down in an instant.

The new FTX CEO, who handled the most famous corporate collapse in modern American history with Enron, wrote that in his career he had never seen “such a complete failure of corporate control”. Mr. Ray added “From compromised systems integrity and faulty regulatory oversight abroad, to the concentration of control in the hands of a very small group of inexperienced, unsophisticated and potentially compromised individuals, this situation is unprecedented.”

Amongst the “unacceptable management practices” listed was the use of software to “conceal the misuse of customer funds”. He further wrote “The FTX Group did not keep appropriate books and records, or security controls, with respect to its digital assets.”

"I have over 40 years of legal and restructuring experience…
"Never in my career have I seen such a complete failure of corporate controls and such a complete absence of trustworthy financial information as occurred here." pic.twitter.com/JQA88MjR8F

When the former Enron liquidator and current FTX CEO is calling your bankruptcy situation ‘unprecedented’ and your first instinct is to hop on Twitter and talk about fund raising, it should probably signal a total detachment from reality. I say that because former FTX CEO Sam Bankman-Fried did exactly that in a long Twitter thread: 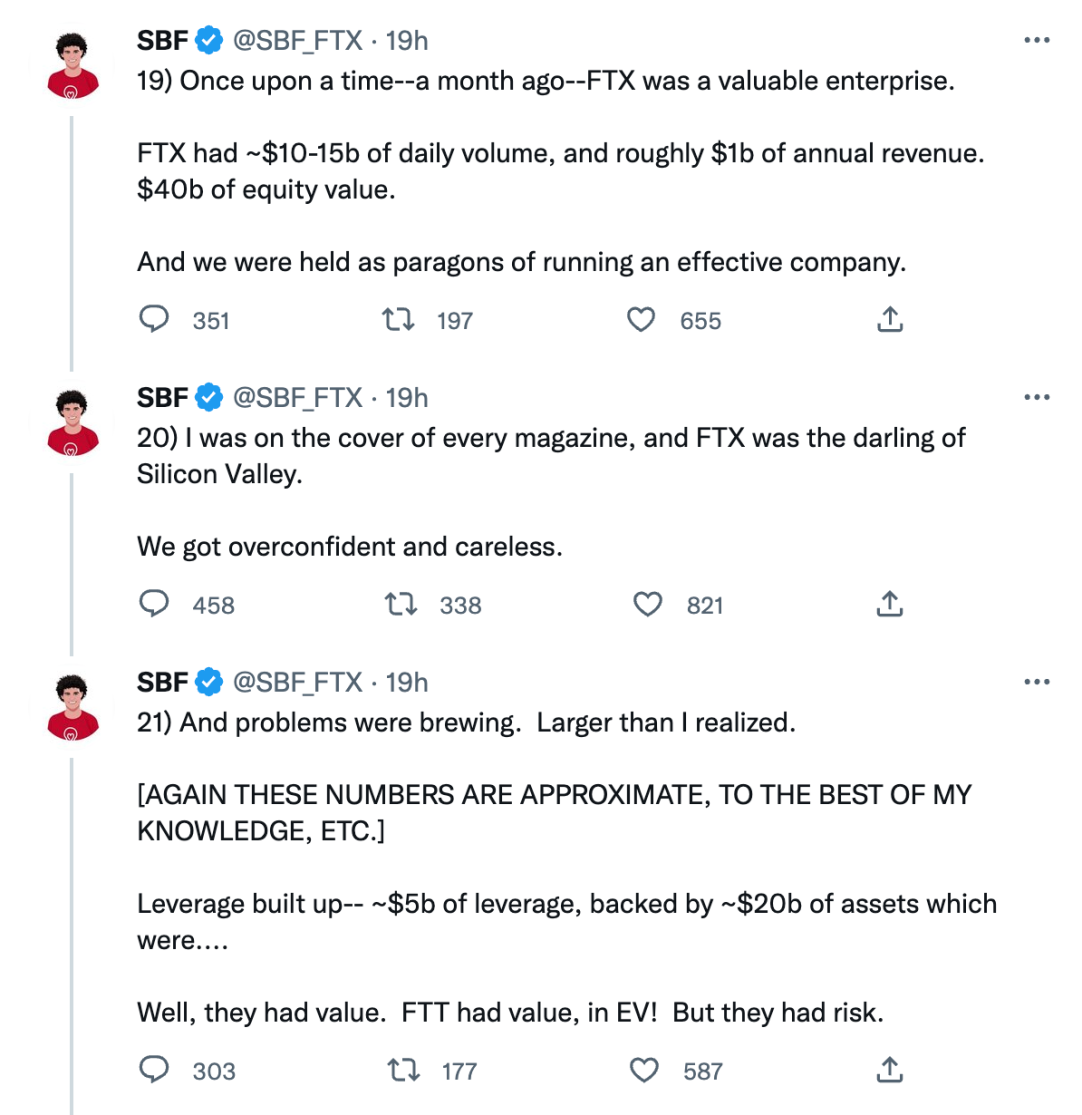 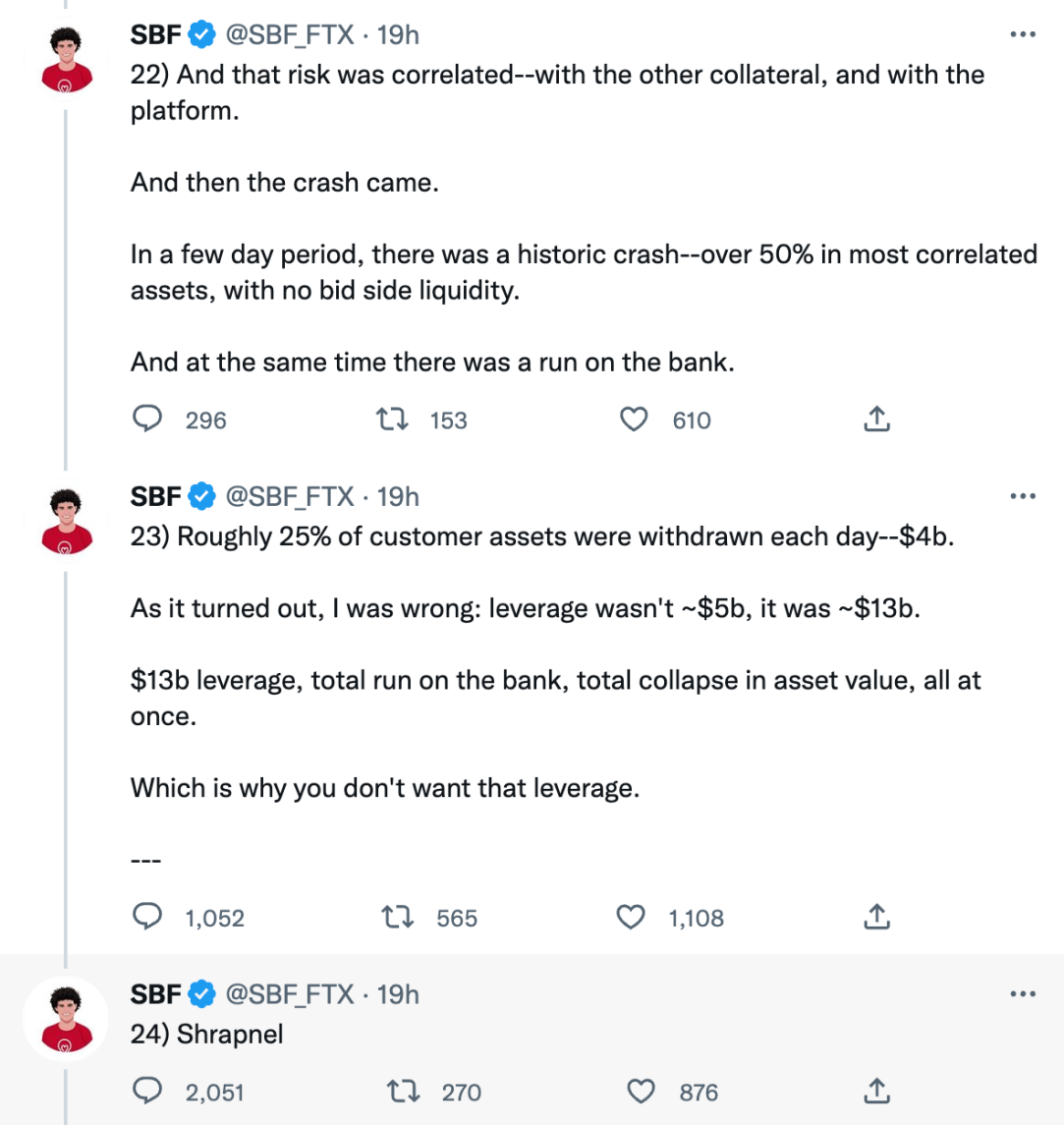 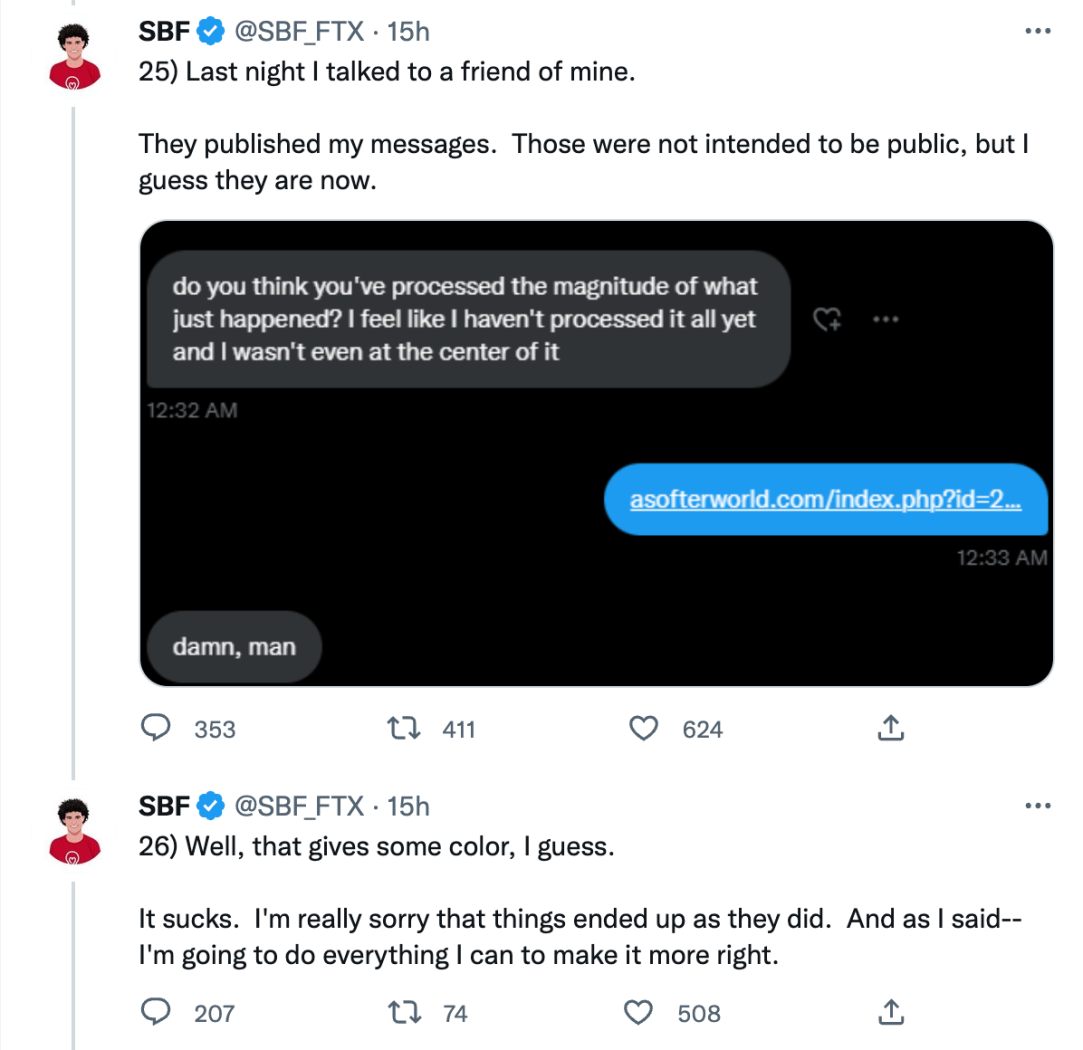 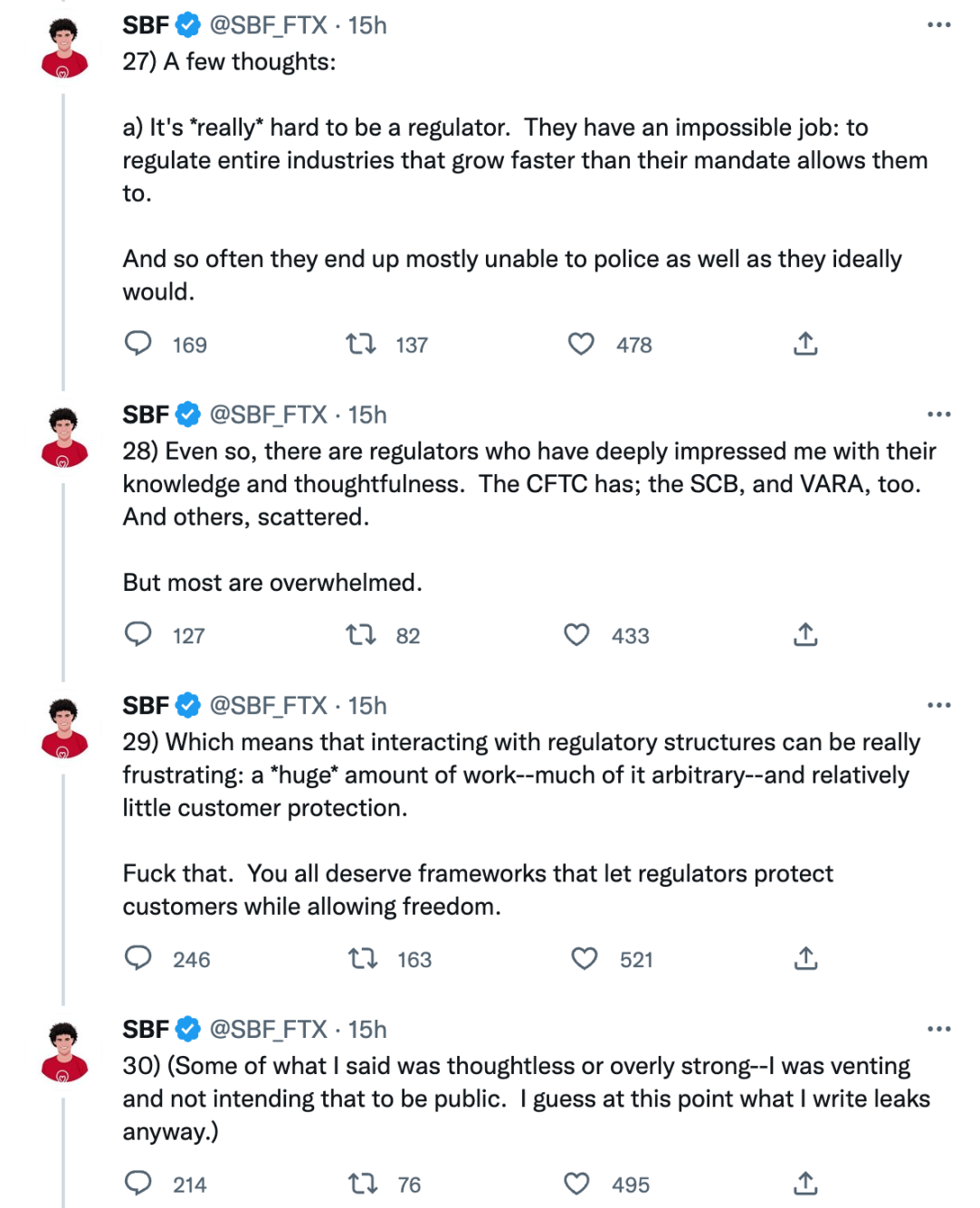 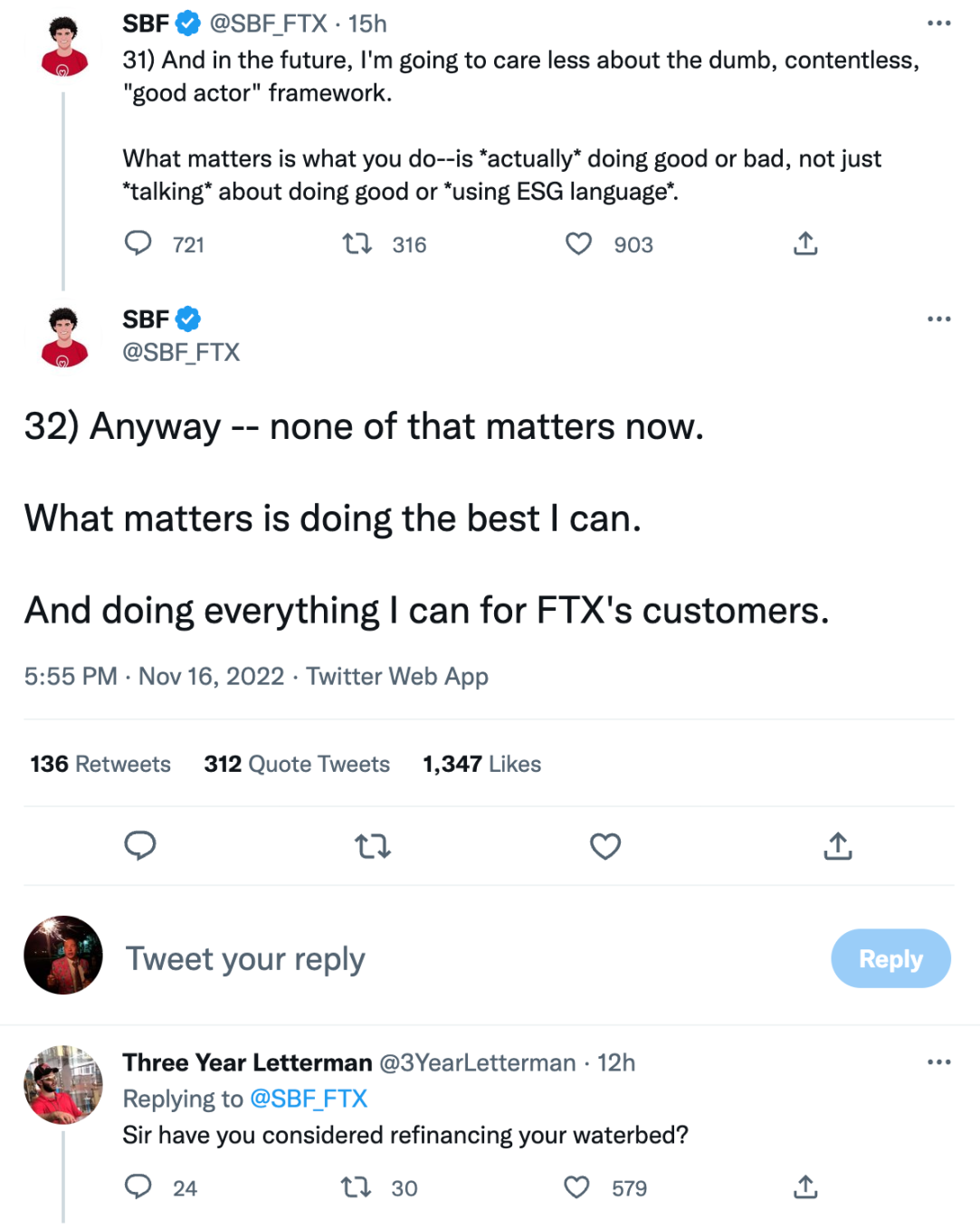 This story of fallen FTX CEO Sam Bankman-Fried is so far from over that if you’re reading up on this for the very first time you might want to read a few more articles while you’re here because movies will be made about this, books will be written, and it will be discussed for generations.