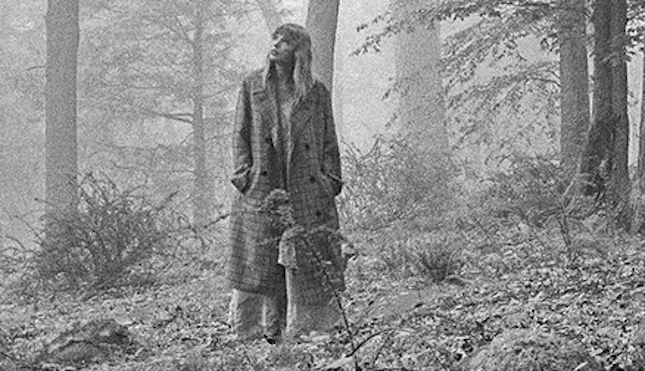 Welcome to the BroBible New Music Round-Up where I thought that yes, maybe Kanye was actually going to release an album today and now I feel like an idiot for getting duped by Kanye again. For more follow me on Twitter.

July 20th marked the three year anniversary of Chris Cornell’s death. This week’s playlist is a tribute to Cornell and the amazing work he did with Soundgarden, Audioslave and as a solo artist. 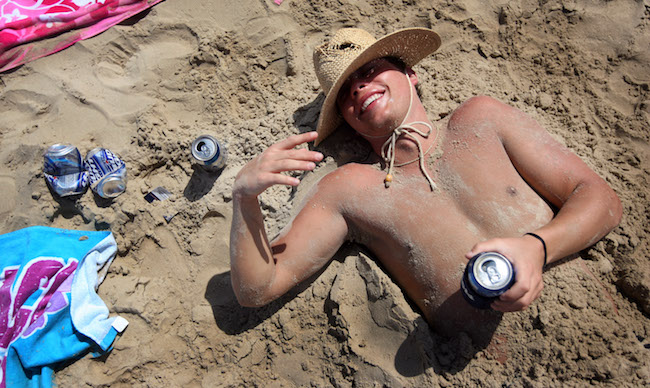 Seeing as how it’s summer and it’s beach season, I thought I’d add a section to the Round-Up with some potential beach reads for you to check out.

Killer Mike, one half of Run The Jewels, is an incredibly interesting dude and this profile of the rapper is equally interesting. It goes all-in on Killer Mike, “a rapper from Atlanta who also happens to be a Second Amendment–loving, Bernie Sanders–boosting, unapologetically pro-Black businessman” and how he “became one of the loudest and most original political voices in the country.”

Michael Franti is no stranger to activism and in a recent Spin piece, he outlines the way people can transition from marching to activism.

Dave Grohl is the proud son of a former teacher and in a piece in The Atlantic, he comes to the defense of teachers as the country debates whether or not to reopen schools in the fall, writing that “America’s educators deserve a plan, not a trap.” Grohl also recorded the piece and released is as part of his new True Stories Instagram series. 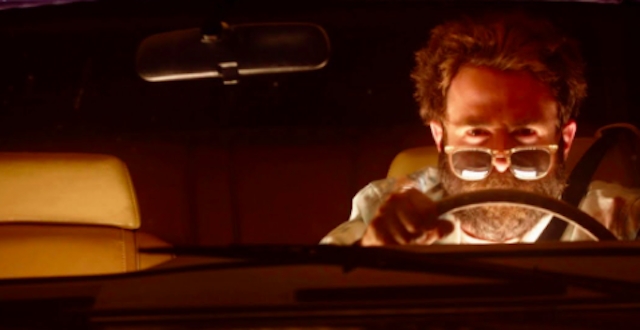 On Thursday, Taylor Swift came out of nowhere to announce that she’d be dropping a new album, her eighth, at midnight. Call me old fashion, but I think her announcement was a little over the top.

The move to drop an album with zero roll-out was something of a surprise coming from Swift as she had been one of the last of the A-listers to still adhere to the traditional methods of releasing an album. You know, drip, drip, drip, and then hello, album. No one does that anymore. Albums appear out of thin air now. It seemed everyone had been hip to that except for Swift.

Not anymore, though and it’ll be interesting to see what kind of impact Swift’s course-correction has on the music industry. Surprise releases might become the norm now and to be honest, I’m cool with that. Why wait? Life is nuts right now. If you have something good to share, just do it. God knows we could use it.

Folklore comes a year after Swift’s last album Lover and was recorded over the past few months while Swift was in quarantine. Jack Antonoff, Swift’s go-to collaborator, is still in the mix, but on Folklore, Swift wrote the majority of songs with The National’s Aaron Dessner. Dessner says that Swift approached him about working together (remotely of course) in April and he shared some songs he had written recently.

“I thought it would take a while for song ideas to come and I had no expectations as far as what we could accomplish remotely,” Dessner said in a statement. “But a few hours after sharing music, my phone lit up with a voice memo from Taylor of a fully written version of a song — the momentum never really stopped.”

Dessner’s twin brother and National bandmate Bryce was also apparently involved in the writing and recording the record as well. The National’s drummer Bryan Devendorf, their horn players Ben Lanz and Kyle Resnick, and their longtime sideman Josh Kaufman also appear on the album.

Swift also released a video for the album’s first single, “Cardigan,” which is both a good song and visually a fun reminder of that wild Robin Williams’ movie What Dreams May Come. And speaking of being reminded of something, apparently, a lot of metalheads find a certain kinship with Folkore’s cover.

Earlier this week, Gorillaz released the latest song from their ongoing Song Machine series. Episode 5, “PAC-MAN,” features rapper Schoolboy Q. The track is an ode to the legendary video game, which is celebrating it’s 40th anniversary this year.

The keyboard-heavy track with an easy beat was co-produced by Gorillaz, Prince Paul, and Remi Kabaka Jr. and follows up “Friday the 13th.”

Based on the title card at the end of the video, it seems like the band is taking a little break before resuming the series, which is fine, I guess. It’s not like everything’s not terrible right now and for some people, these Gorillaz tracks are helping getting them through this raging dumpster fire that is 2020.

But no, it’s cool. Take a break, guys. See you in September.

Man. How many old school rock heads have Jimmy Page playing guitar with the Stones scrawled somewhere in their dream journal?

The previously unreleased track dates back to 1974 and will be included in the upcoming reissue of the Stones’ 1973 album Goats Head Soup. “Scarlett” features Page and Keith Richards trading guitar riffs and Ric Grech of Traffic on bass.

Somewhat predictably, Richards and Mick Jagger have different recollections of the Page collaboration.

Jagger recalls that he remembers “first jamming this with Jimmy and Keith in Ronnie’s basement studio. It was a great session.” Meanwhile, Richards says “we walked in at the end of a Zeppelin session,” Richards says in a statement. “They were just leaving, and we were booked in next and I believe that Jimmy decided to stay. We weren’t actually cutting it as a track; it was basically for a demo, a demonstration, you know, just to get the feel of it, but it came out well, with a lineup like that, you know, we better use it.‘”

Eh, whatever. It’s a cool song.

In 1975, Page told Rolling Stone‘s Cameron Crowe that he thought the track was supposed to be a Stones B-side. “It sounded very similar in style and mood to those Blonde on Blonde tracks,” Page said. “It was great; really good. We stayed up all night and went down to Island Studios where Keith put some reggae guitars over one section. I just put some solos on it, but it was eight in the morning of the next day before I did that. He took the tapes to Switzerland and someone found out about them. Keith told people that it was a track from my album.”

The Goats Head Soup box set is set to be released on September 4th.

The Avalanches “Wherever You Go,” “Reflecting Light”

The Avalanches dropped two new tracks this week, following up their releases from earlier this year, “Running Red Lights” (with Rivers Cuomo and Pink Siifu) and “We Will Always Love You” (with Blood Orange.) Presumably, these new tracks are also set to be included in the group’s upcoming third album, but as is the case with damn near everything in 2020, who really knows?

“Wherever You Go” features vocals from Neneh Cherry and CLYPSO, piano from The Clash’s Mick Jones, and was co-produced by Jamie xx. The track also includes a sample of 1977’s The Voyager Golden Record, aka NASA’s mixtape for aliens.

“Why do we send music to the stars?” The group asked in a statement. “Is it because we want our voices to live forever? How else should we become pure spirits, singing forever in the dark?”

All good questions. Also questions I don’t know the answer to, so please standby.

“What are these sounds that haunt our lives… floating in the static and the noise all around us, just beyond our grasp?” the Avalanches ask. “Are they radio waves, hallucinations? Voices from the past?”

I don’t know, Avalanches. These are tough questions and I’ve only had one cup of coffee. Let me get back to you.

Dawes “Who Do You Think You’re Talking To?”

Dawes has a new album, Good Luck With Whatever, coming out in October and I’m sorry, I was distracted by the video for “Who Do You Think You’re Talking To?” There’s one part where Taylor Goldsmith’s mustache looks like a home for several woodland creatures.

The new album is their first since 2018’s Passwords and is produced by Dave Cobb who has also worked with Jason Isbell and Brandi Carlile. Dawes has always been a band that is more somber and serious than light and fun, but it seems as if they tried to change things up with the new album, with Goldsmith saying in a statement that “In the past, I’ve definitely been more precious about the way I wanted the songs to sound, but that’s never as fun.”

Good Luck With Whatever comes out on October 2nd.

Old 97’s released “The Dropouts” this week, the latest song from their upcoming album Twelfth. As they’ve done so many times before, the song is a damn good time and immensely enjoyable to sing along too.

In their review of the track, American Songwriter says the song is “classic Old 97s every step of the way yet pulses with the energy of a band making their debut, with unstoppable musical swagger and [Rhett] Miller’s effortless lyrical eloquence on full display.”

Twelfth comes out on August 21st.

“‘Pale Horse Rider’ was a really fun one to write,” says Allman, the son of Gregg Allman. “Duane had this almost vertigo-inducing descending melodic pattern that was so unique. Once I started the lyric about a man feeling so lost and isolated with the world out to get him, the story just kind of wrote itself. The Wild West seemed the perfect to setting to tell the tale.”

Setting the tune out west makes sense because the track has a wide-open feel to it, the kind of vastness best associated with the old west. It’s also some sweet guitar hero goodness as Allman and Betts’ guitars both battle and dance together throughout the song.

Bless Your Heart, the band’s second album comes out on August 28th. 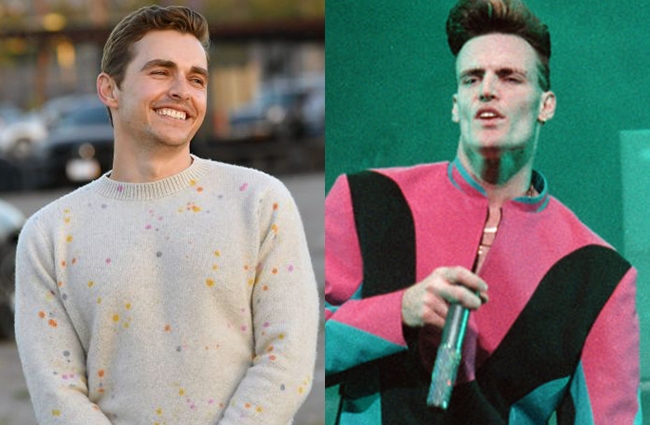 Sometimes they are great. Sometimes, not so much. Sometimes, you might find yourself wondering why they even made one about this particular person.

That was my reaction when I heard that Dave Franco would be starring as Vanilla Ice in a biopic about the “Ice Ice Baby” rapper. I’m cool with Franco and a much younger version of myself was cool with Vanilla Ice, but finding a connection between the two might be beyond me.

Franco seems to be taking a cue from his brother and modeling the movie after The Disaster Artist, saying that “with that movie, people expected us to make a broad comedy where we make fun of Tommy Wiseau, but the more real we played it, the funnier and heartfelt it was. That’s the tone we want for this one as well.”

I mean, I will say that at face value it’s an interesting story. The movie reportedly has the following tag line: “From a high school dropout selling cars in Dallas to having the first hip-hop single to top the Billboard charts with ‘Ice Ice Baby,’ a young Vanilla Ice struggles with stardom, extortion attempts, and selling out as he makes music history.” But I’m still not sure if I’m buying or not.

Thankfully I have some time to decide as production still hasn’t started due to COVID-19, which oddly enough, Vanilla Ice only recently learned was a big deal.

I’m assuming that will be left out of the movie.

Just Checking In On El-P

please enjoy this picture of a cat riding a horse. pic.twitter.com/h2wom1Pd3a

George Clinton turned 79 this week. In honor of Clinton’s birthday, I first wanted to share one of my favorite Clinton songs.

And also, the good folks at Jambase dug up a video of a Clinton performance from 1985 that’s definitely worth checking out.

Here’s some context for that video and enjoy this thread of ignorant comments Kanye said today at the rally in North Charleston: https://t.co/J78mu0qH9C pic.twitter.com/Z6aW9cLCUZ

This Week In Late Night

CNN said the world is 217 trillion dollars in debt.. who tf we owe? Thanos?