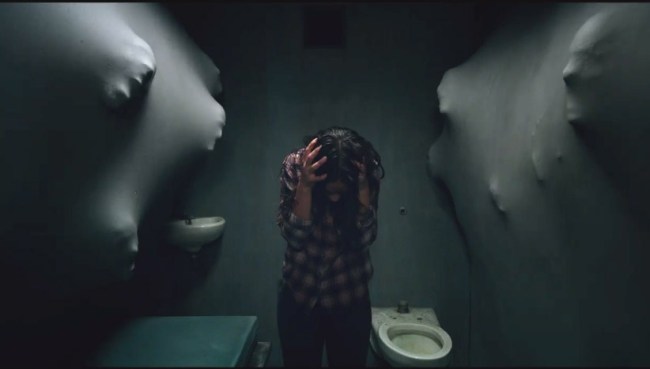 Marvel’s The New Mutants is MOST DEFINITELY not your typical light and fun comic book superhero movie. In fact, its first trailer makes the film look absolutely terrifying. No wonder 20th Century Fox decided that releasing it on Friday the 13th seemed appropriate.

Don’t expect any witty banter in this flick like we see in the Avengers movies. This looks more like a horror film than anything even closely resembling what we’ve come to expect from Marvel. In fact, Wikipedia just flat out says, “The New Mutants is an upcoming American horror film.”

The description, “Five young mutants, just discovering their abilities while held in a secret facility against their will, fight to escape their past sins and save themselves,” doesn’t begin to do it justice.

This “secret facility” looks like a cross between an insane asylum and a haunted house and seems more suited to a Friday the 13th movie than an X-Men film.

This is going to be good.