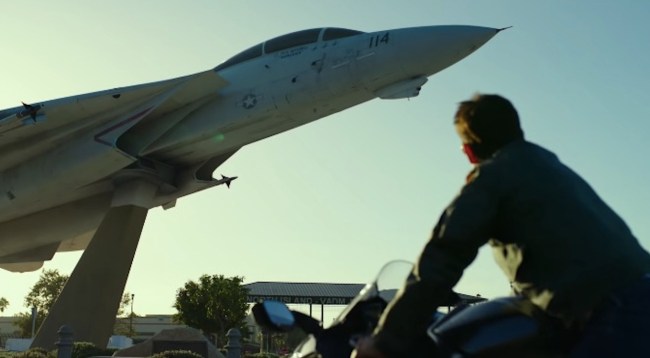 I have a confession. And this is not one of those confessions where I beg for forgiveness or ask for your understanding. I won’t be asking you to keep it between the two of us. In fact, quite the opposite — I well and truly understand that I deserve to be thoroughly roasted for what I’m about to tell you. Here I am, masquerading as an entertainment writer, and I’ve actually never seen the original Top Gun. There, I said it.

I was born in the year 1993, so by the time that I would have started getting into movies like these — which is like, what? 10ish? 11ish? — it was already the year 2003, making anything the came before the year 1990 seem ancient to my preteen self.

Then, as the years wore on, Tom Cruise became infinitely, uh, Tom Cruiseier, and the notion that the film is essentially a homoerotic fever dream was perpetuated through videos like Honest Trailers. Plus, there’s just tons of other shit out there to watch — especially with the boom of television that I’ve grown up with.

And due to those factors, I simply never made my way onto one of those illegal movie streaming websites or rented it on cable while laying on my parent’s couch during a holiday weekend — Top Gun has passed me by and we’ll likely never cross paths again, so I can’t sit here and pretend to be excited about the sequel.

But, because Top Gun: Maverick is hitting theaters 34 years after the original, that means it was also most certainly crafted to appeal to a new generation of fans who have never seen the first one, and that, conveniently, is your boy.

You can check out all of the new official photos and interviews with the cast over at Entertainment Weekly.