Finally, Some Good News: New ‘South Park’ Movies Could Be In The Works 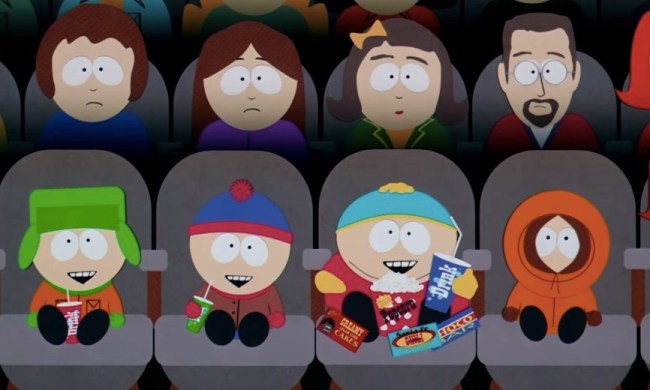 A couple of weeks ago, in our BroBible Slack chat, we were discussing the first truly “adult” comedy we saw after one of our interns made the massive mistake of making us all feel ancient when he said that The Hangover was the first R-rated comedy he’d ever seen. Horrifying, I know.

After some brief rumination, I put forth my submission: South Park: Bigger, Longer, & Uncut. While I was certainly too young to see the movie the year it came out — I was just six-years-old in 1999 — South Park was such a, for lack of a better word, mythical show, that finally being able to watch it was something of a right of passage from being a little kid to a preteen. If I had to guess, I’d imagine I saw the movie before I ever tuned into an episode of the actual 30-minute television show on Comedy Central. How? Why? I don’t know and I don’t really care. Not only is South Park one of the most iconic comedies of my lifetime, but it’s also a mainline source of nostalgia for any 90s kids out there.

Grant Gish hasn’t even started yet as head of adult animation for ViacomCBS’ Entertainment and Youth Group, and he’s already got a task: Build out the “South Park” franchise with Matt Stone and Trey Parker.

Although he hasn’t yet met Stone or Parker, his bosses want him to work with the show’s creators to make new “South Park” movies and specials pegged to special events to build on a new strategy for the company — turning in-house intellectual property into new hits.

ViacomCBS has held talks with Stone and Parker on a number of movie and special ideas and hopes to finalize plans in the next year, according to a person familiar with the matter, who spoke on condition of anonymity because the discussions are private. [via CNBC]

In addition to announcing reboots of fellow 90s cartoon classics such as Beavis and Butt-Head and The Ren and Stimpy Show. Given we live in the era of reboots and the 90s are now official two decades ago, it makes sense that ViacomCBS is turning inward and looking backward to curate new content.