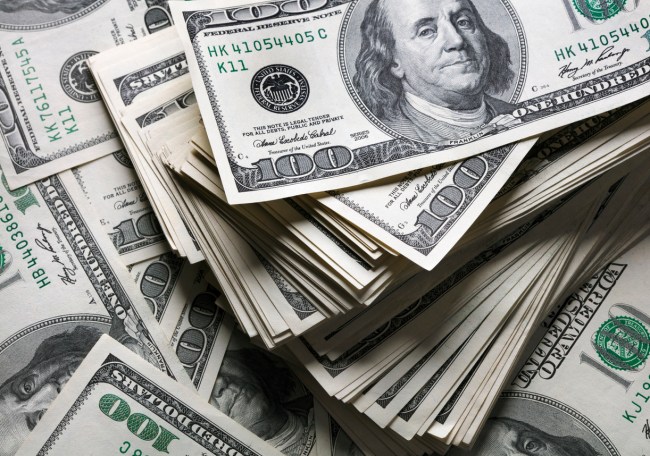 You know in the game of Monopoly, you can collect $200 from a bank error? Can you imagine if you could collect $50 billion over a bank error? It was a reality for one Louisiana family, but the dream scenario quickly ended.

Darren James received a frantic phone call from his wife, informing him that a whopping $50 billion was deposited into their bank account.

“It was crazy just to see what it looks like because I’ve never seen that many zeros in my life,” said James.

“And all we were thinking was, ‘Who’s going to be knocking at our door?’ Because we don’t know anybody with that type of money,” he said.

The mind-blowing deposit instantly made the family from Baton Rouge one of the richest people on the planet. According to Forbes’ real-time billionaire’s list, the Louisiana family with $50 billion in the bank would have been the 25th-richest person in the world – ahead of Jack Ma, co-founder of e-commerce behemoth Alibaba Group, and shortly behind Michael Dell, chairman and CEO of Dell Technologies.

However, James “did the right thing” and contacted Chase Bank to inform them of their $50 billion bank error.

“I wasn’t going to keep it. The thing that was most baffling was, we don’t even know where it came from. We don’t know anybody with that kind of money,” James explained.

Despite informing the bank, the Louisiana family were technically billionaires for a total of four days.

“A hold [was] placed on it. It showed up on Saturday to make a deposit for our daughter. It stayed there Sunday, Monday, and Tuesday it was gone,” James noted.

“I was a billionaire for four days,” James said. “It was a cool feeling, even though you couldn’t do anything with it.”

James joked, “It was a great feeling while it was there, to see that many zeros in your account. I mean, I’m part of the one-comma club, not the three-comma club.”

“We knew it wasn’t ours. We didn’t earn it, so we couldn’t do anything with it. We couldn’t spend it — that would be theft,” said James, who used to work in law enforcement.

“There’s enough greatness in this world where we can all have a life we never thought was possible, so if I did have $50 billion, I would bless others,” said James, who is a real estate agent.

Whenever you get upset over a mistake you made at work, take solace in the fact that your mistake never resulted in $50 billion going into the completely wrong bank account.

For anyone considering keeping the money erroneously deposited in your account or being slick and transferring the funds to another account, apparently that is illegal.

From the North Carolina Consumers Council:

Cases abound of people who have received erroneous deposits and then spent some, most or all the money and found themselves facing criminal charges. People did various things with the money, from moving it to other accounts to gain interest, investing it, buying cars, helping relatives with bills, or giving to charity. Criminal charges varied by state, but basically amounted to theft of property lost by mistake and receiving stolen property, even in cases where the money went for good or noble causes. In some cases charges were dropped with orders to repay and in others the courts had no mercy, sentencing the offenders to probation and/or prison time. But it all depended upon the judge, the attorneys and the circumstances.

So apparently you won’t be able to keep that money that doesn’t belong to you from a bank error. But wouldn’t it be nice to hit the bank with a maintenance charge to transfer the money back to them?

For no reason at all that has nothing to do with this article, here is a list of countries that don’t extradite citizens back to the United States.