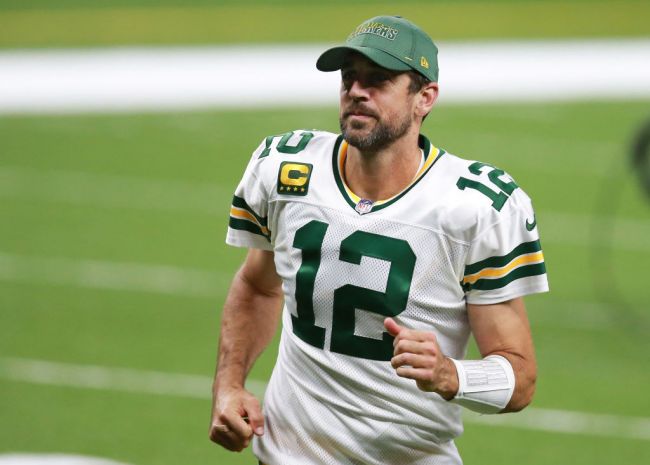 On Monday morning, Rapoport dropped a bomb when he reported that Rodgers had told people close to him that he was ending his beef with the Packers and is returning to Green Bay for at least one more season.

#Packers QB Aaron Rodgers has indicated to people close to him that he does plan to play for GB this season, sources say. That is the expectation. Many factors at play, but with GM Brian Gutekunst saying he is “hopeful” for a positive outcome, there is a glimmer of optimism.

After Rapoport’s report went viral, both AJ Hawk and David Bakhtiari, who are close to Rodgers, denied knowing Rodgers’ status for the upcoming season.

AJ Hawk “I don’t know who exactly Ian is referencing when it comes to people close but I haven’t had really much communication with Aaron. I have no idea.”

According to @RapSheet's reporting @AaronRodgers12 "has indicated to people close to him" that he plans to play for the #Packers this season #PatMcAfeeShowLIVE pic.twitter.com/XU2M5AjNGB

Rapoport went on to appear on the Pat McAfee show to double down on his report that Rodgers had told people close to him that he’s coming back to Green Bay for at least one more season.

"I will say I do not know for sure that he's going to be there tomorrow" #PatMcAfeeShowLIVE pic.twitter.com/baVDpA7sv1

“This really came up probably in the last 24 hours, there are couple factors at play here. First of all I know that there are people close to Aaron Rodgers who have not heard this, I’ve also spoken to them as well…David Bakhtiari who is close with Aaron made a joke on Twitter about I guess we aren’t close, apparently he has not heard as well. but I will say this, I feel very comfortable with my information, I feel very comfortable with the plan for Rodgers to come back and play in Green Bay.”

Rapoport seems pretty confident that Rodgers will indeed be suiting up with the Packers this season.