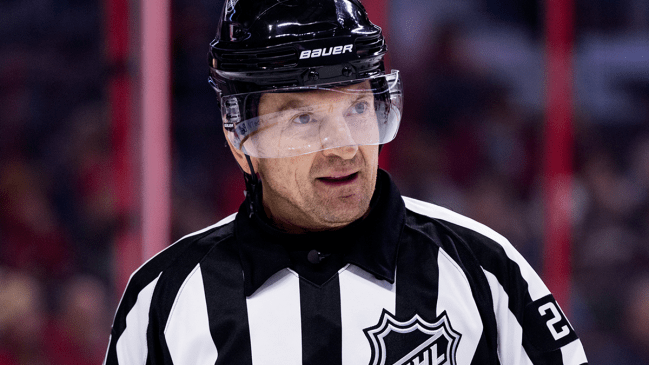 In 2007, the basketball world was rocked by allegations levied against NBA referee Tim Donaghy, who would ultimately be sentenced to 15 months in federal prison for using his position to fix the result of games on behalf of a crew of mob-affiliated gamblers who reaped the bulk of the sports betting gains.

The fact that Donaghy was paid handsomely for his role in the scheme was obviously a shocking development. However, the same can’t really be said for the issue at the core of the scandal: the idea that a ref would take advantage of the power vested in them in order to influence the outcome of a game, which many fans of any sport would tell you happens on a disturbingly regular basis.

The fact that referees, umpires, and other officials frequently insert themselves into a situation where they’re supposed to serve as impartial adjudicators is one of the worst-kept secrets in sports; even if you don’t buy into conspiracy theories about refs “rigging” the results of a playoff game to boost ratings and generate extra ticket sales and ad revenue, it’s impossible to ignore the role the human element plays on a regular basis.

Leagues around the world have more technology than ever at their disposal, but that hasn’t done much to cut down on the frequency with which officials have ended up at the center of a firestorm of controversy after misinterpreting a rule, missing a penalty, or making up a bogus call to atone for a previous oversight.

That last tendency resulted in the career of former NHL referee Tim Peel coming to a slightly premature end last year. While he’d planned to retire at the end of the 2020-21 season, Peel found himself out of a job when he was fired for saying the quiet part out loud when a hot mic captured him admitting he was looking for an excuse to send someone to the box after calling a weak penalty on the Predators.

That appeared to be the textbook definition of a “makeup call”—although it appears Peel would take issue with the assertion they even exist in the first place.

On Wednesday, Peel hosted a casual AMA on Twitter where he invited people to throw some questions his way.

I’m ready to talk. Ask me anything about what happened to me!

it didn’t take long for someone to inquire about the one thing that was on basically everyone’s mind: whether or not the kind of calls that seemingly led to Peel’s dismissal actually exist.

The now-retired ref insisted they are “not a thing” and said any perceived makeup calls are essentially the result of refs paying extra attention to the play if they feel there’s been an imbalance in the amount of discipline that’s been doled out.

That’s a great question and a very fair question. Make up calls are not a thing. What happens is if we have so many penalties against one team our antennas are up to make sure we do not miss a penalty against the other team.

Of course, you could just as easily argue that’s also the textbook definition of a “makeup call,” but at least we know where he was coming from.