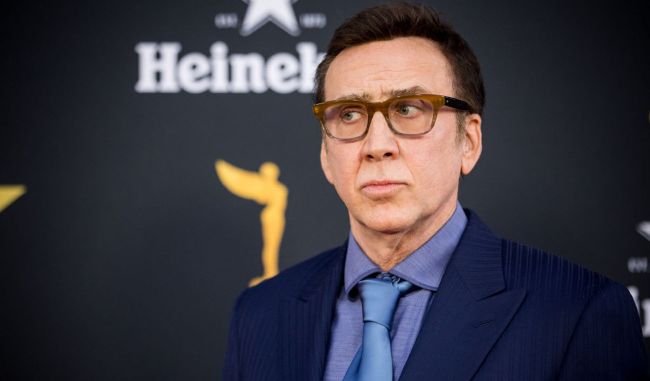 As I’ve been ranting and raving about on this website for what feels like a year now, Nicolas Cage is back. And with his GQ profile interview that was released this week and subsequently lit the internet on fire, it’s safe to say that his return to the top is officially complete (it also helps that his latest film The Unbearable Weight of Massive Talent boasts a 100% score on Rotten Tomatoes).

In that GQ piece, of the many fascinating tidbits jam-packed into it, the one that stood out to me was the mention of Cage’s favorite Nicolas Cage movie.

You would think that it’d be something like Leaving Las Vegas, which won him the Academy Award for Best Actor, or The Rock, which made him a movie star. But that actually wouldn’t be very “Nic Cage” of him, would it?

It’s perhaps perfect, then, that Cage’s favorite movie in his filmography is the 1988 horror-comedy Vampire’s Kiss.

In his early 20s, he did just about everything he could to put himself on the map. While filming the experimental 1988 horror-comedy Vampire’s Kiss, about a delusional yuppie literary agent named Peter Loew who thinks he’s a vampire, he famously insisted on eating a live cockroach for a shot. (He feels bad about the bug now.) He infused Peter with qualities from both parents, talking to the walls like his mother but in his father’s mid-Atlantic accent. This is still his favorite movie he’s ever made. [via GQ]

Now, while you may not have ever seen Vampire’s Kiss in its entirety, you’ve definitely crossed paths with it before as it’s easily one of Cage’s most meme’d movies.