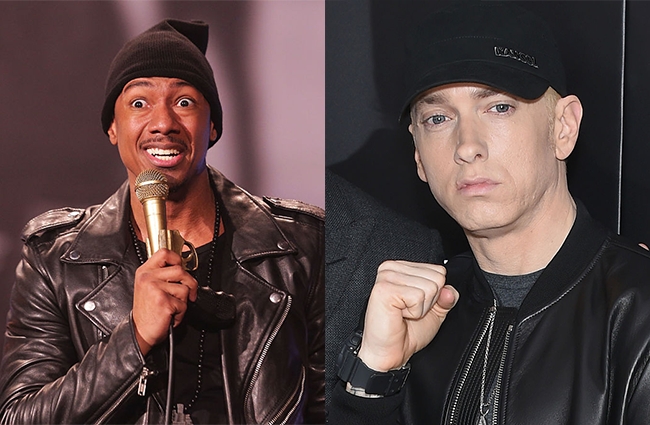 Any casual fan of hip-hop knows the Wu-Tang Clan ain’t nothin’ to fuck with but there’s one other major name in the rap game that you don’t want to go toe-to-toe with unless you want to have a bad time: Eminem.

Over the course of his career, the Detroit export has repeatedly bodied people who have drawn his ire, whether we’re talking about Benzino, Papa Doc, Machine Gun Kelly, or his very own mother.

However, I’d argue that none of those aforementioned names suffered the wrath of Eminem quite like Mariah Carey, who found herself in his crosshairs in 2010 when he released  “The Warning,” which may be the most brutal diss track the rapper has ever produced.

Eminem had previously fired shots at Carey on the track “Bagpipes From Baghdad” and she responded in kind with “Obsessed” before he decided to go scorched earth much to the chagrin of Nick Cannon, who had married her a couple of years prior.

Cannon might technically be a rapper but he’s self-aware enough to know he had no shot at responding in kind. However, that doesn’t mean he didn’t try to get back at Eminem in another way.

Cannon recently appeared on T.I.’s podcast to shed some light on the saga and revealed he was on a plane when “The Warning” dropped and it’s safe to say he was not pleased.

How pissed off was he? Well, he did everything in his power to track down Eminem in an attempt to beat him up:

“I went looking for him. I called managers…I gotta show my wife I’m a man…I said, ‘I know I’m not gonna be able to out rap you but I will whoop your ass.’

Those were the exact words at the time. Cooler heads prevailed.”

Part of me wishes cooler heads hadn’t prevailed but I guess it was probably for the best.