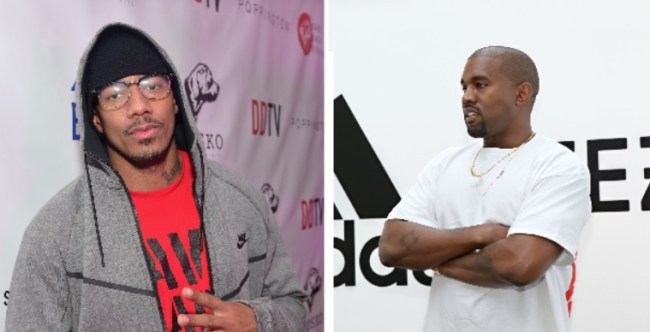 It appears the former Wild ‘N Out host Nick Cannon, who was fired a couple of weeks ago for making anti-Semitic comments, is planning on voting for Kanye West in the upcoming presidential election.

When asked by TMZ what he thought of West’s Presidential bid, Cannon responded, “I love it.” Cannon went on to expand that he would vote for Cannon because he believes “we need another Black man” in the White House.

As for Kanye he’s currently asking for donations to fund his Presidential campaign.

Of course, Cannon was blasted for his remarks on Kanye by the Internet.

so at least we know the fools will follow the fools. https://t.co/tcZZO3UkOr

Both of em bums… https://t.co/TBt3ioLtzw

Nick is speaking from his tax bracket. Cannot relate. https://t.co/NgqiINVAmU