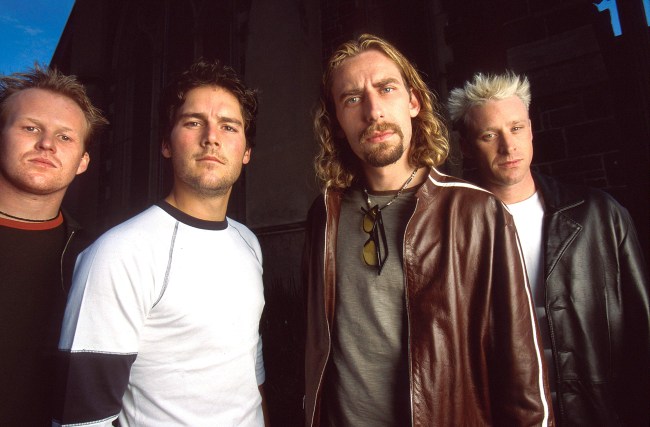 We normally try to stay away from wading our way into the pool of toxic waste that is American politics here on BroBible, but regardless of where you land on the political spectrum, I think there’s at least one issue virtually everyone in the country can agree on: Nickelback sucks.

It’s not exactly the hottest take in the world nor is it the most original one, as Canada’s least beloved musical export has been a punching bag for years thanks to their impressive ability to sell tens of millions of records despite their inability to make good music.

However, it appears they have at least one fan in the form of Rodney Davis, a Congressman from Illinois who was in attendance at the House of Representatives on Thursday while Wisconsin’s Mark Pocan was debating the merit of a provision concerning voting rights that somehow veered into a conversation about the merits of Nickelback.

A brief debate about Nickelback on the floor of the House this afternoon. pic.twitter.com/CTBXKUTuPr

If you can’t watch the video, here’s how things went down according to The Week:

The debate flared up after Rep. Mark Pocan (D-Wis.) cited the statistic that only four people out of 77,000 wanted to keep a particular voting rights provision that was being debated by the body. He described the ratio as “probably about the percent of people who think Nickelback is their favorite band in this country.”

Pocan was almost immediately interrupted by an offended Rep. Rodney Davis (R-Ill.). “Why would you criticize one of the greatest bands of the ’90s?” the Illinois congressman called across the room.

“Wow,” a clearly startled Pocan said. “One more reason why there’s a difference between Democrats and Republicans.”