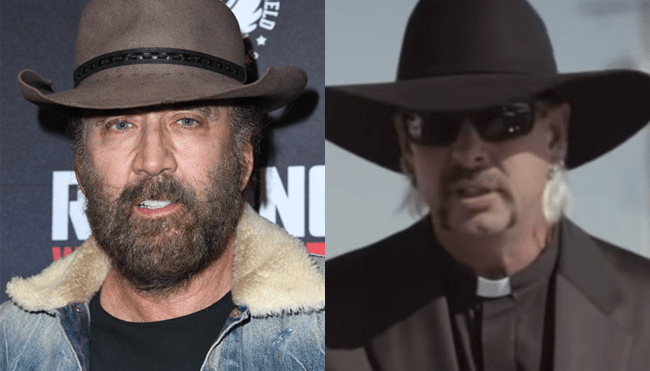 Tiger King hit Netflix last March at a time when the world was in desperate need of some entertainment, and millions of viewers found some in the form of one of the most bonkers documentaries series to be released in recent memory.

Other companies scrambled to get a piece of the Tiger King pie, and it didn’t take long for NBC and Amazon to announce they’d each begun to develop a series based on the pop culture phenomenon filled with impossibly colorful characters and more twists than a box of Christmas lights that’s been sitting in an attic for five years.

The former tapped Saturday Night Live star Kate McKinnon to play Carole Baskin in a project slated to debut on Peacock (which recently added Twin Peaks actor Kyle MacLachlan into the fold), but it seemed like the latter had the upper hand after securing the talents of arguably the only person on the planet who can accurately channel the unbridled eccentricity of Joe Exotic: Nicolas Cage.

Now, I wish there was some way to prepare you for the devastating development you’re about to read, but I’m just going to go ahead and share the heartbreaking news Variety shared on Tuesday when it reported Amazon has decided to permanently shelve the series, meaning we’ll likely never get a chance to see Nicolas Cage utter the phrase “That bitch Carole Baskin” while rocking a blonde mullet topped with a frayed adjustable baseball cap.

I’m holding out hope that we’ll get an Easter egg when the upcoming movie where the actor will play himself while reprising various roles after being taken hostage by a drug lord, but I can’t say I’m too optimistic.