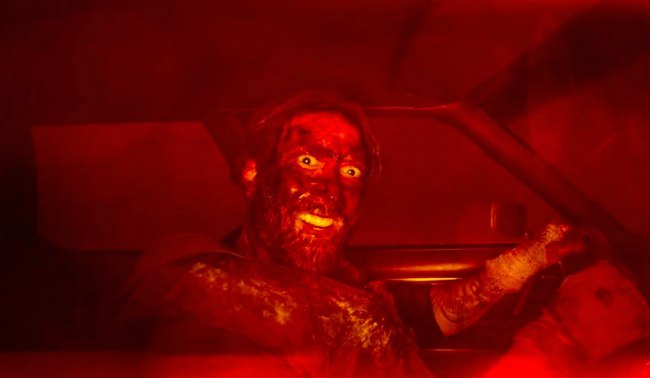 Nicolas Cage — yes, *the* NICOLAS CAGE — is headed to television for the first time in his, uh, interesting yet successful career, as the former Academy Award winner is set to play Joe Exotic of Tiger King in an upcoming eight-episode scripted mini-series.

According to The Hollywood Reporter, Cage is set to play Joe Exotic — the subject of Netflix’s massive docuseries Tiger King — “in an eight-episode scripted series from CBS Television Studios and Imagine Entertainment that’s based on a Texas Monthly story published in 2019.”

American Vandal showrunner Dan Lagana, who has an overall deal at CBS TV Studios, and Paul Young optioned the article in June 2019, well before Tiger King became a word-of-mouth phenomenon. Cage had been in talks to play the lead role since April. CBS TV Studios and Imagine are taking the show out to potential buyers soon.

The Texas Monthly story by Leif Reigstad details how Joe Schreibvogel built his private zoo in Oklahoma and his feuds with Jeff Lowe and Carole Baskin, both of whom are prominently featured in Tiger King. The scripted project, currently titled Joe Exotic, will center on Joe as he fights to keep his animal park even at the risk of losing his sanity. It will explore how Joe became Joe Exotic and how he lost himself to a character of his own creation. [via The Hollywood Reporter]

Tiger King: Murder, Mayhem and Madness — an eight-episode documentary series that follows the life of eccentric and currently imprisoned Oklahoma zookeeper Joe Exotic — has been one of the few winners of our current global situation, as the bizarro-world docuseries has arguably become Netflix’s biggest cultural phenomenon since Making A Murderer or Stranger Things.

Towards the end of March and the beginning of April, Tiger King content was virtually inescapable, as the series broke through to the pop-cultural zeitgeist to become a worldwide phenomenon.

At the time of this writing, it is unclear when the Cage-starring series will be released and what channel it will be on.