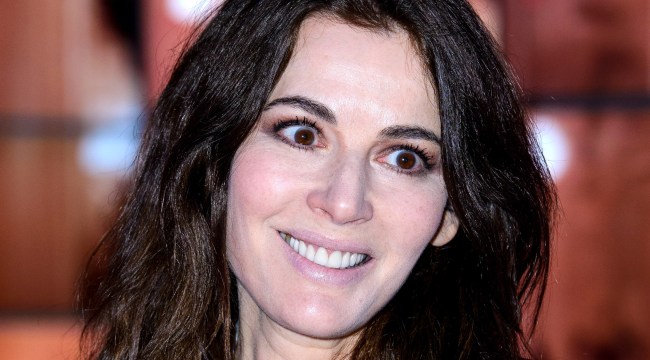 Everyone knows how to pronounce the word “microwave.” As we all know, it is pronounced mahy-kroh-weyv (according to Dictionary.com). Which is why television chef Nigella Lawson sent the internet into an absloute tizzy with her bizarre pronunciation of the word “microwave” on her BBC show Nigella’s Cook, Eat, Repeat.

In a clip from the show, we see Lawson preparing something that needs “a bit of milk, full fat, which I’ve warmed in the microwave…”

Only she doesn’t say microwave. She says some sort of made up word that if spelled phonetically would be “meecrowahvay.”

Eternally grateful to Nigella Lawson for letting us know we've all been mispronouncing microwave for the last 50 (or so) years. pic.twitter.com/tfXODGQRDp

Yeah, I don’t know either.

Reactions to Lawson’s unique pronunciation of the word microwave made some serious wahvays on Twitter.

@mar1ellle I feel embarrassed 😞 been pronouncing it wrong this whole time

I’m uncomfortable with this. It is better than my neighbors pronunciation of toilet. I kid you not, “ter-let” I learned this two days ago as she is having issues and asked for a recommended handyman for her turlet.

@shawnhollenbach I think she took lessons from us on pronouncing things. My favorite, of course, Gucki.

And to think I was aghast after learning that "blink-182" is supposed to be "blink eighteen-two!"

Once all the reactions to her odd pronunciation started going viral on the internet Lawson took to Twitter to try to set the record straight.

“Am I the only one who thought @Nigella_Lawson was being sarcastic when she pronounced Meecro-wavé?! Now, I’m starting to think she really pronounces it like that?” wrote a viewer on Twitter.

To which Lawson replied, “Well, I do say it like that, but not because I think that’s how it’s actually pronounced.”

Sure, Nigella. Whatever you say.

Can this be the end of it now? https://t.co/QVc2FHJiMq

That made me laugh!