These Kids From Nigeria Created Some Masterful Shot-For-Shot Remakes Of Movie Trailers, Music Videos, And More 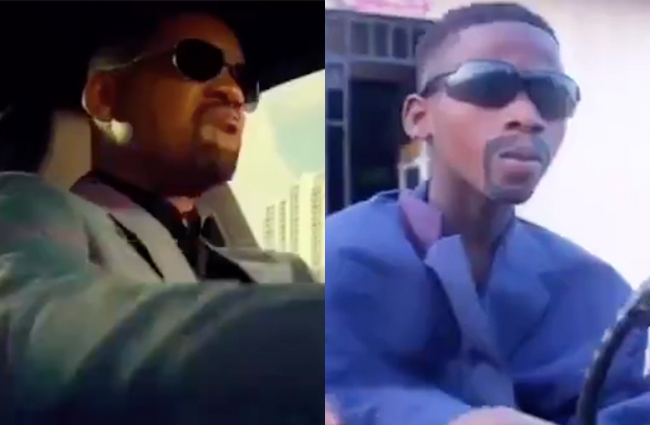 Making movies was always a hobby of mine when I was younger. From creating stop motion clips with action figures when I was really little to actually writing and directing goofy short films in high school, I’ve always had a ton of fun creating videos with my friends.

I mostly stopped making these ground-breaking productions after my high school years came to an end and many people are likely saddened by the fact that I haven’t contributed any more cinematic masterpieces to the modern canon. Luckily, a group of kids from Ikorodu, Nigeria—Muiz Sanni, his brother Malik, and their cousin Fawas Aina—who call themselves the “Ikorodu Bois” have been picking up the slack for me.

I was scrolling Twitter this morning and came across their recreation of the trailer for Extraction, the action-packed Netflix original starring Chris Hemsworth that came out earlier this year. Needless to say, their rendition was freaking awesome.

We so much love this movie and we hope @chrishemsworth and @netflix sees this remake, pls retweet 🙏🏽 pic.twitter.com/x47h9UV9Sz

After thoroughly enjoying the hell out of that video, I checked out their profile and saw that they have been cranking out these remakes for a while, mimicking all kinds of stuff from film scenes to music videos and even a tribute to Kobe Bryant.

We love this song so much so we did our version, Please retweet😭🙏 till @RoddyRicch sees this pic.twitter.com/leP92KOv2w

If Money Heist was shot in ikorodu🇳🇬 😂❤️. Pls retweet until @netflix @lacasadepapel sees this🙏🏽 pic.twitter.com/CZwUcsuiVB

Our version of Bad boys for life😂
Guys kindly retweet🙏
We hope will smith and Martin Lawrence sees this pic.twitter.com/8ShwyRPg9V

These guys are already legends in my book. I love how resourceful they are in these videos, using whatever they have lying around to create awesome shots. The wheelbarrows as cars are absolutely genius and hysterical. I’d love to see them make an original short film because you know they’d just crush it.

It’s safe to say the future of cinema is bright as long as the Ikorodu Bois are in the business.