Warner Bros. Rumored To Be Eyeing ‘Stranger Things’ Star For The Role Of Nightwing 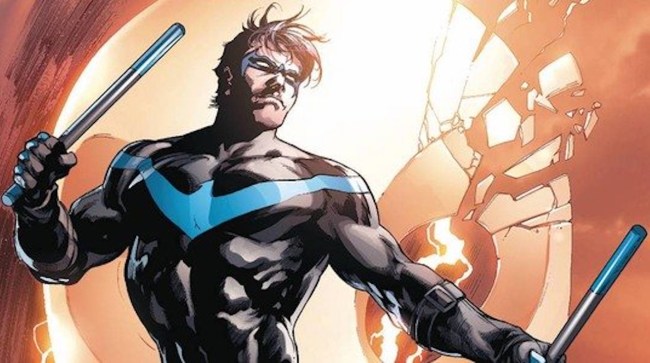 In recent weeks, we’ve been treated to a bevy of news surrounding The Batman, as three major casting announcements have been unveiled since the beginning of October.

First was the announcement that Jeffrey Wright was cast as Gotham City Police Commissioner James Gordon. Then, we got word that Zoe Kravitz had been cast as Selina Kyle/Catwoman. Then, finally, news broke that Paul Dano had signed on to portray the Riddler.

The casting news won’t stop there, though, as it’s long been rumored that The Batman will also introduce The Penguin and Firefly (a lesser-known Batman villain).

But with all this news about who will be playing Batman’s enemies, it begs the question of whether or not Warner Bros. has also been mapping out who will play Batman’s allies. And according to a recent rumor from We Got This Covered, the studio has been doing exactly that, as they’re reportedly eyeing Stranger Things star Joe Keery for the role of Dick Grayson.

We Got This Covered has heard from our sources – the same ones who told us Pattinson had beat out Nicholas Hoult for the role of Bruce Wayne, and that Viola Davis would be back for The Suicide Squad – that one name that’s on Warner Bros.’ wishlist for Robin/Nightwing is Stranger Things star Joe Keery. To be clear, this doesn’t mean that he’s auditioned for it or even that he’s been contacted yet. Only that he’s one of several actors that the studio currently has their eye on.

Given his general demeanor on Stranger Things, Keery’s fast-talking too-cool-for-school persona is quite perfect for the famously arrogant character of Dick Grayson.

With 2021’s The Batman set to introduce various Batman rogues, it’s well within the realm of possibility that the film introduces members of the Batfamily such as Nightwing as well.

In addition to Wright, Kravitz, and Dano, The Batman stars Robert Pattinson as the iconic Dark Knight.