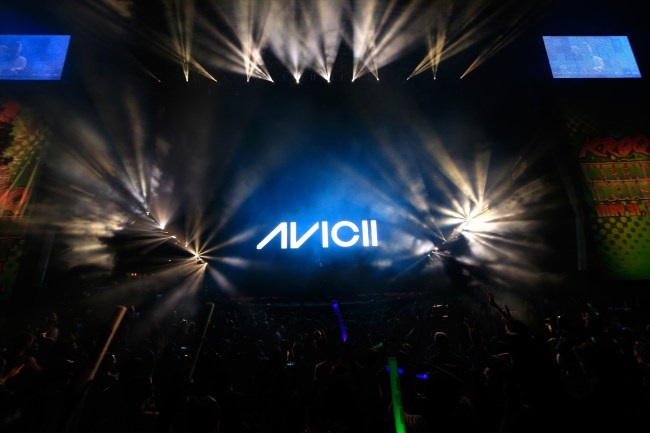 Every generation has their moment. You know the moment: The moment in cultural history where they look back and say “hey, I was a part of that. It was awesome. It’s in the rear-view mirror, but that was special. That was mine. What a ride.”

If you’ve been a BroBible reader since the beginning, when we started this thing in 2009, you know that Avicii was, very much so, a part of our moment. The wild, prolific rise of Avicii and the electronic dance music scene was a joyride like no other, with many happy memories made to his music in college and post-grad life across the globe. It was a golden, pre-Spotify music world, with a distinct emphasis on blogs like BroBible as a huge distribution platform for EDM hits.

What’d the dudes from Instagram do right after they sold their company for $1 billion in 2012? Head to Vegas to party with Avicii.

The golden era of the blog game was such a fuckin’ ride, you guys. pic.twitter.com/CErSY3puxL

In 2011, we threw a bunch of parties with Avicii, including an absolute rager at the Navel Yard in Philly. It was pure electric, a show that marked the beginning of an explosive cultural moment for the dance music scene as it became more and more mainstream. Looking back, it was a halcyon era for everyone associated with BroBible.

No one had a run like the guy, exploding onto the scene as Tim Bergling with Seek Bromance…

We’re gutted by the loss here today. The rise of Avicii was the most thrilling moment of hockey stick growth I’ve ever been apart of. What a ride it’s been.

Avicii was on every Bro playlist from 2010 – 2014. RIP to the GOAT of college dance floor bangers.

Throwback to the GlowFest show we helped co-produce with him at ASU back in 2011. What an era, what a legend. RIP. pic.twitter.com/p5nKyDRjWL

Listening to LEVELS forwards and backwards on repeat, all day long. https://t.co/edd2YX4Vmm

You can't tell me Avicii in a room wasn't pure electric. Dude was a one-man electric factory. RIP. https://t.co/YxbuJ0nruB

Levels was so hot that SKRILLEX was dropping remixes. WHAT. A. FUCKING. ERA. https://t.co/K2Z1gj2T9t

We used to get emails like this all the time circa 2012. Kinda eerie in retrospect. Such a loss. pic.twitter.com/FyGa5EEbPj

Sometimes you just need some LEVELS on piano… https://t.co/1GcbmBVP08

Avicii’s death forcing a whole generation of millennial Bros to confront their own mortality today.