You Can Now Buy This Popular Non-Alcoholic Craft Beer In BevMo! 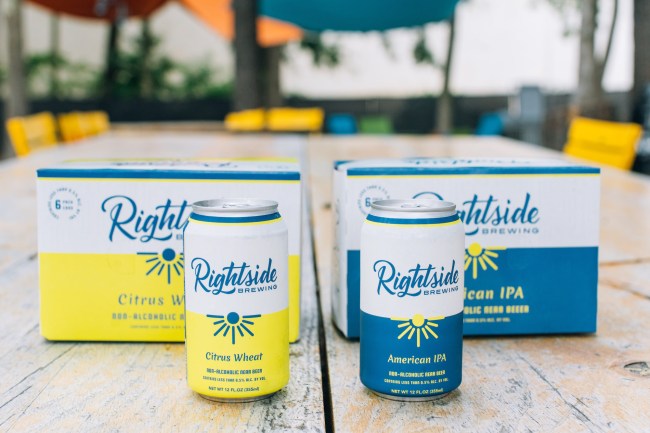 A non-alcoholic craft beer revolution is taking off.

There’s a pretty good chance everyone single person reading this knows someone doing a Dry January. The concept has exploded in popularity in recent years – abstaining from alcohol after a boozy holiday season, with the goal of starting off the new year with a better-for-you lifestyle choice.

Dry January has become a bit of a cultural rite-of-passage for many focused on healthier decision-making and self-improvement. In lieu of completely cutting out beer for the month, especially in social situations, more are opting for “beer without the buzz”, in the spirit of social imbibing, minus the calories and hangovers from alcohol itself.

A 2021 report estimates that non-alcoholic beer market revenue is anticipated to cross USD 29 billion by 2026.

Big beer, flush with market research dollars and marketing moments, seems to have taken notice too. Heineken is heavily marketing its 0.0 beer – long popular with the European market. Budweiser Zero, launched in 2020, seems to have more and more shelf space in grocery store fridges these days, if you haven’t noticed. Samuel Adams launched Just the Haze Non-Alcoholic IPA in March 2021, dubbing it a “pacer” beer for craft beer heads.

But what about small craft beer? What about the segment of beer lovers seeking out non-alcoholic options that’s flavorful and artisanal, brewed with an ethos that celebrates small business, being the underdog, hoppy flavors, and bringing people together?

Everyone seems to know Athletic Brewing thanks to their aggressive advertising spend on podcasts and YouTube. But certainly, they’re not the only game in town.

There are, after all, nearly nine thousand craft beer labels in the United States. Other emerging options include California’s Surreal Brewing and Brooklyn Brewery’s Special Effects IPA.

Also throwing its hat in the ring as a formidable competitor: Atlanta-based Rightside Brewing, a non-alcoholic craft beer label that donates 5% of its profits to sobriety-related efforts.

Rightside Brewing is quickly expanding its national distribution footprint too.

To celebrate Dry January, the brand announced its non-alcoholic beers would be distributed via a new partnership with BevMo!. The chain is the number-one specialty beverage retailer on the west coast.

Rightside Brewing’s American IPA and Citrus Wheat are now available in over 150 retail locations in California, as well as Arizona and Washington state. Both beers retail for $10.99 per 6-pack.

Here’s how they describe their two signature non-alcoholic beers:

American IPA: This non-alcoholic IPA has a moderate hop aroma with a tropical, fruit-filled fusion of pineapple, orange, citrus, and slight malt.

Citrus Wheat: This non-alcoholic wheat beer has a tropical aroma with notes of fresh tangerine juice, banana, and a hint of spice for balance. Fresh orange flavors with a medium body and crisp finish.

A couple of months ago, I asked the founder of Rightside Brewing, Emree Woods, about why their beer is so popular with millennials interested in nonalcoholic options.

“With the exciting growth in the category and 66% of millennials looking to cut back or cut out their alcohol consumption, non-alcoholic brands are changing the stigma that was once associated with being non-alcoholic,” Woods offers in an email.

“Rightside consumers want the experience of having a delicious drink but without the alcohol. And even though we’re new to the scene, the feedback has been incredible. Paige from Atlanta says, “great non-alcoholic beer! I have tried many and this one came the closest to actually drinking beer on flavor and carbonation.”