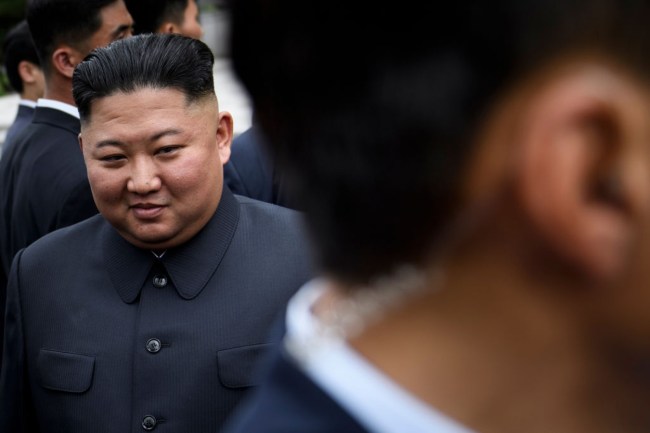 North Korean dictator Kim Jong-un wants control over everything imaginable in his country, and yes, that includes how citizens can and cannot dress.

Kim has a unique fashion style, at least in his mind he does, and he doesn’t want anyone copying his outfits.

He first wore a black leather trenchcoat in 2019 and was spotted wearing it again last week. Many citizens have since adopted his leather coat look, so naturally, he’s reportedly banned citizens from wearing leather coats.

According to the New York Post, only the communist state’s elite could emulate Kim’s look because they’re the only ones that could afford leather. Recently, however, garment makers began importing fake leather in order to sell cheaper versions.

Kim had seen one too many citizens wearing black leather coats so he put a ban in place so nobody could copy his style.

Radio Free Asia is even reporting that there are actual fashion police patrolling streets in North Korea and confiscating leather jackets from both citizens and anyone selling leather coats.

“They instructed the public not to wear leather coats because it is part of the party’s directive to decide who can wear them.”

North Koreans probably aren’t too upset about their leader banning leather jackets. After all, every single citizen voted for him back in 2014, or at least that’s what he wants the world to think.