North Korea Recently Made Its Most Ridiculous Claim Yet 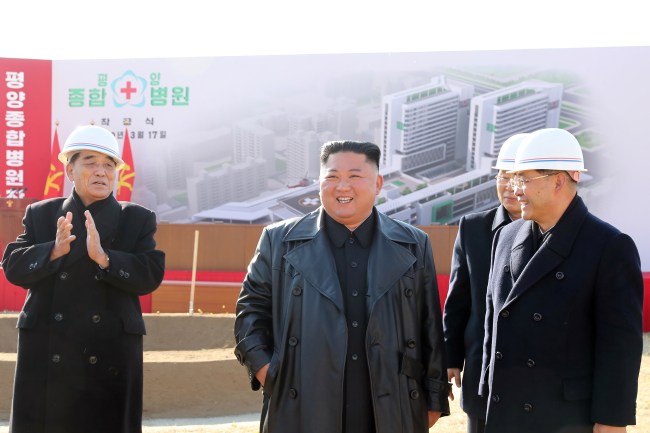 It feels like we hear about North Korea all the time. We hear about Dennis Rodman’s trips. We hear about Steve Kerr nearly playing Kim Jong-Un in basketball. There was even that thing with the leather jackets. What we don’t hear a lot of is anything realistic from the nation itself.

That remained the case this week. This is thanks to their latest propaganda video where they made their most ridiculous claim yet. That’s a difficult title to claim for North Korea.

This is a nation that has claimed an American evangelist viewed Kim Il-sung as God and, more unbelievably, that its people are happy. Now they’ve turned their attention toward one of the world’s great culinary creations. The burrito.

That’s right. North Korea is now trying to claim that Kim Jong Il, the father of current leader Kim Jong Un, invented the burrito. To make the claim even more ridiculous, they’re claiming it happened in 2011.

It would appear, however, that North Korea has no intention of claiming they invented the margarita or Dos Equis. Instead, they recommend drinking mineral water in the summer and hot tea in the winter to go with the “burritos”. Hard pass.

In the propaganda video, a tray can be seen with filling for the burritos, featuring cabbage and carrots. No beans. No rice. Not a hint of green chile. Just a tray of disappointment.

Mexico has yet to respond, but I’d like to think they’re cooking something up. Kind of like how the country’s people have been cooking up burritos since long before 2011.

It’s still early in the week. Maybe we hear from Mexico. Maybe North Korea will claim Kim Jong Un invented vodka sauce. The world where North Korea invented the burrito is a world of endless possibilities.