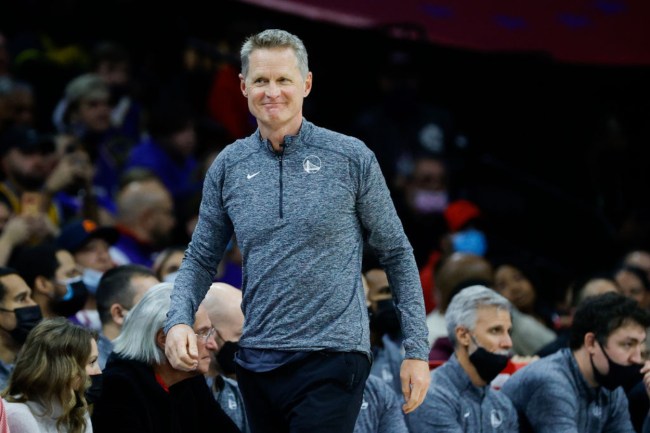 Back in 2012, shortly after Kim Jong-un had taken over as Supreme Leader of North Korea, the United States was looking for a way to approach him and talk relations. Barack Obama was in his first term as President at the time and one of his advisors, Marcu Noland, came up with an interesting idea.

At the time, no known American had ever met Jong-un since he took power, so Noland started to do a little research and found out that he was a massive Chicago Bulls fan. This then led him to the idea of sending Steve Kerr, an ex-Bulls star, to North Korea to play basketball with Jong-un.

“We have to work with what we’ve got,” Noland told Obama in that meeting, according to The Athletic. “If this guy is really as big of a Chicago Bulls fan as we hear, let’s work with that, because we have nothing else to go on.”

“Noland suggested sending Kerr, then a TNT broadcaster, to Pyongyang, the capital of North Korea, to play basketball with Kim. He’d be joined by Syd Seiler and Danny Russel, two members of Obama’s National Security Council who also specialized in North Korean affairs.

If Kim wanted to talk business, Kerr could step aside and let them handle it. If Kim wanted to shoot hoops with Kerr, at least American officials could get a feel for him and his people. Noland played into Obama’s basketball fandom and asked who else possessed both the political and schematic X’s and O’s.”

Obama was never a big fan of the idea, so Kerr never made the trek to North Korea, but just the fact that the idea was tossed out there is pretty remarkable. Picturing Kerr getting up some shots with Jong-un is absolutely hysterical.

Kerr first learned about Noland’s idea just last week ahead of the Warriors game against the Knicks at Madison Square Garden.