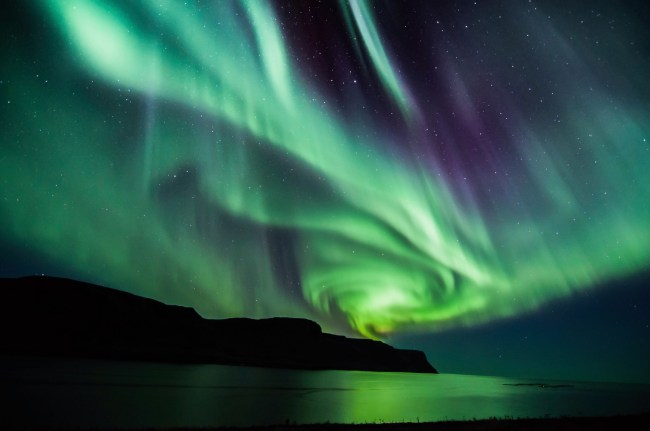 Michiganders were tricked into believing the mushrooms kicked in early Sunday night after nature gifted them one of its most coveted natural phenomenons–the Northern Lights, or for science nerds, aurora borealis.

Many people staked out spots along the Straits of Mackinac–the waterway connecting Lake Michigan and Lake Huron–to get the most scenic view of the light show bouncing off the water.

As a refresher, Northern Lights are caused by collisions between electrically charged particles from the sun that enter the earth’s atmosphere, seen above the magnetic poles of the northern and southern hemispheres. But you already knew that.

Dustin Dilworth of D3 Imagery posted a 42-second time-lapse video of the northern lights over the Mackinac Bridge that has since gone viral–amassing 178,000 views and 7,000 shares. For good reason.

The photos captured are screensaver worthy.

This type of nature stuff makes me want to leave New York City because there’s no possible way this polluted ass city could provide the canvas for such beauty.