Good News!: ‘World War Z’ Is Trending Because Nostradamus Predicted 2021 Would Be The Year Of The Zombie 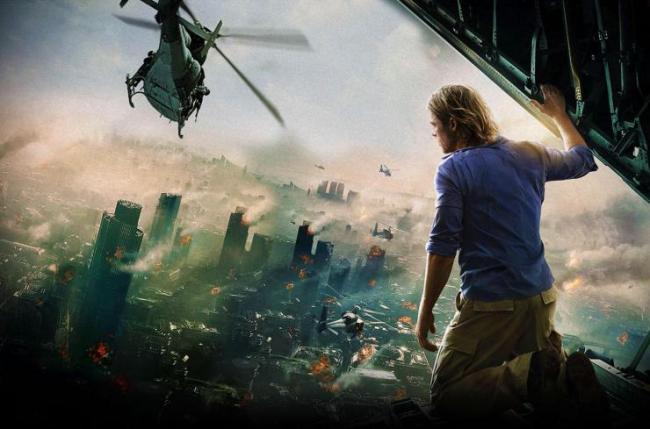 So, when I originally started writing this article, I thought this blog post from the CDC about surviving a zombie apocalypse was newly published, so I began writing this:

Hey, CDC, can I have a word with you? Over here, just real quick, let me ask you something…

Uh, um… WHAT IN THE ALMIGHTY FUCK IS WRONG WITH YOU?! Have you ever heard of not tempting the fates? Humanity isn’t even over *last year’s* historic global-disease related crisis, now here we are game-planning for the next one? As Aaron Rodgers once said, RELAX.

Alas, as it turns out, the blog post was actually published a decade ago in 2011. The reason it’s trending now — World War Z is trending on Twitter at the time of this writing — is because it’s been discovered that famed French astrologer Nostradamus predicted that 2021 would be the year of the zombie, which is an absolutely wild Heat Check from our boy Nost Malone.

Nostradamus predicted that a Russian scientist will allegedly create a biological weapon and produce a virus that can turn humankind into zombies, making humans extinct in the near future.

“Few young people: half−dead to give a start. Dead through spite, he will cause the others to shine, And in an exalted place some great evils to occur: Sad concepts will come to harm each one, Temporal dignified, the Mass to succeed. Fathers and mothers dead of infinite sorrows, Women in mourning, the pestilent she−monster: The Great One to be no more, all the world to end.” [via Fox 5 DC]

We survived 2020….fucking bring it on! pic.twitter.com/T23WrXaFe1

Luckily for us, those cheeky bastards at the CDC have already published guidelines on how to survive a zombie apocalypse should one arise. At least we know they’re being productive down in Atlanta (the knowledge that the CDC HQ is an Atlanta will stick with me for the rest of my life thanks to season one of The Walking Dead).

Honestly, at this stage, if a zombie apocalypse does roll around, I’m not even sure I’d be all that concerned about surviving, as I’d mainly just be focused on looking as awesome as Post-Apocalyptic Brad Pitt did. That FLOW, man. Immaculate.